The S&P 500 touched an all-time high even after the U.S. recommended pausing Johnson & Johnson vaccines amid health concerns. The tech-heavy Nasdaq 100 also hit a record while the Dow Jones Industrial Average erased earlier losses. Consumer prices rose more than expected last month but investors speculated the acceleration was not fast enough to warrant any Federal Reserve policy change. The drop in yields weighed on bank shares.

“The market has been skittish about rates for some time,” said Mike Loewengart, managing director of investment strategy at E*Trade Financial. “While this may cause some short-term volatility, investors have been pretty steadfast in their faith in a full economic recovery.”

J&J shares fell as officials agreed to the pause and started an investigation into a link from its shot to rare and severe blood clots, while rivals Moderna Inc. and Pfizer Inc. advanced. The U.S. anticipates having enough other vaccines during the period. Investors flocked back to stay-at-home companies while selling travel shares such as Carnival Corp. and Royal Caribbean Cruises Ltd. American Airlines Group Inc. also slid. 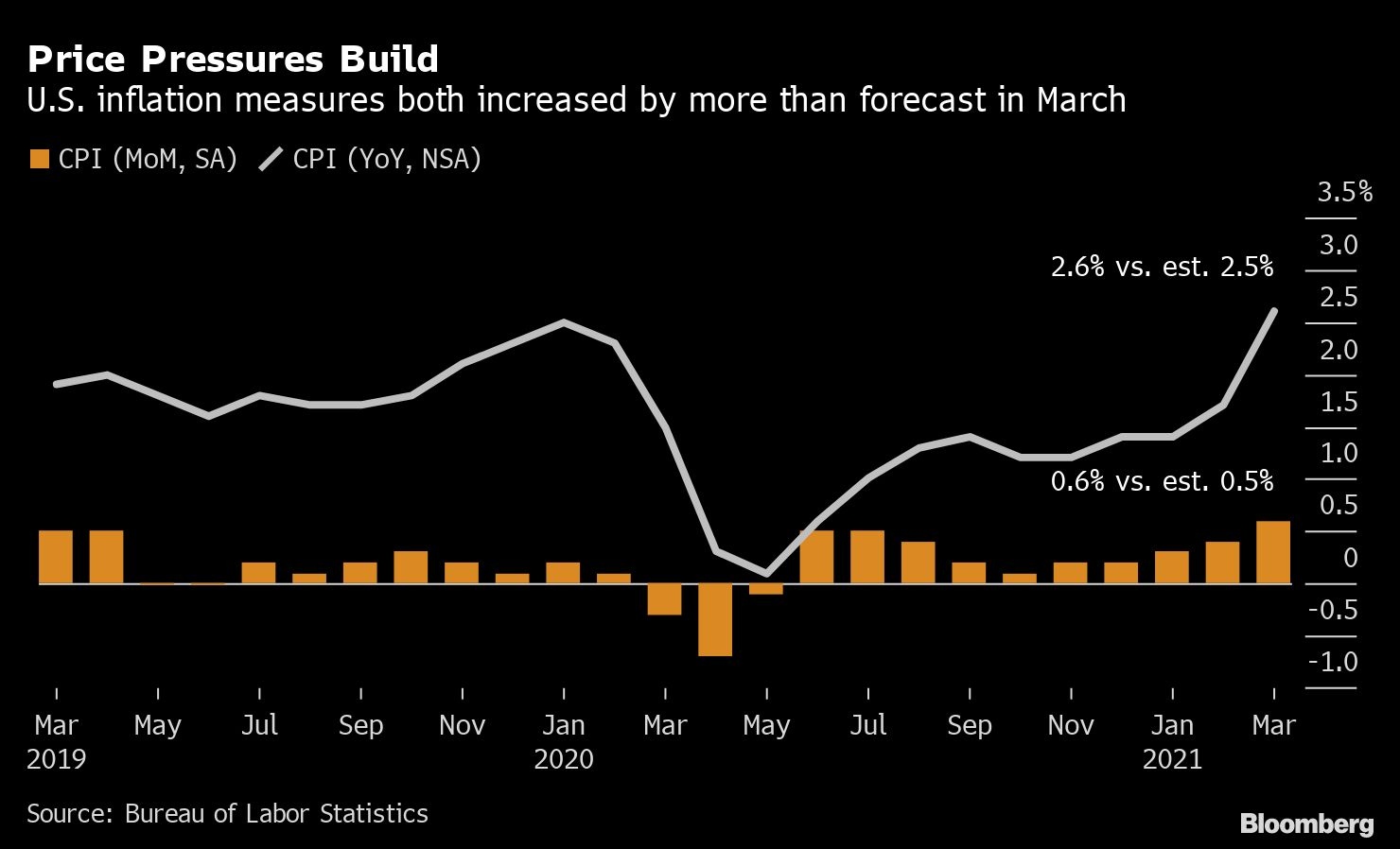 Fund managers across the world now see inflation, a taper tantrum and higher taxes as bigger risks than COVID-19, according to the latest Bank of America Corp. survey.

“A lot of growth and inflation have already been priced into the market,” said Emily Roland, co-chief investment strategist at John Hancock Investment Management. “It’s almost as if you need to exceed those expectations in order to see a more pronounced reaction from markets.”

Although policymakers at the Federal Reserve expect a bump in consumer prices to be short-lived, many traders disagree, with fears of faster CPI playing out across duration-heavy assets from bonds to tech stocks.

Treasuries extended gains after the government’s auction of 30-year bonds was greeted with strong demand.

Meanwhile, Bitcoin jumped to an all-time high as the mood in cryptocurrencies turned bullish before Coinbase Global Inc. goes public. Oil traded near US$60 a barrel.

--With assistance from Kamaron Leach.