U.S. stocks rallied Monday but gave back some early gains as small-caps and technology shares led the way amid the resumption of trade talks with China. The dollar fell to its lowest level since October and Treasury yields ticked higher with traders assessing the seemingly dovish remarks from Federal Reserve chairman Jerome Powell on Friday.

All major U.S. equity benchmarks ended higher. The S&P 500 Index added 0.7 per cent after rising as much as 1.4 per cent earlier in the session on strength in retailers, automakers and clothing companies. Amazon.com Inc. jumped 3.4 per cent, pushing its market cap to US$796.8 billion. It surpassed Microsoft Corp. as the most valuable company after the software firm only edged higher by 0.1 per cent for a value of US$788.9 billion

The biggest jump among major gauges came from the small-capitalization Russell 2000 Index, which picked up 1.8 per cent. Meanwhile, the Nasdaq benchmarks rose more than 1 per cent with telecommunications services and semiconductor shares pacing gains, giving the Nasdaq 100 Index its first back-to-back 1 per cent gains since November.

“What you really, really want to see, are things like the Russell 2000 outperforming -- and it is massively right now,” said Michael Antonelli, equity sales trader at Robert W. Baird. “You want to see the risky, risky stuff bouncing hard.”The Stoxx Europe 600 Index was higher for a second consecutive session.

Despite the enthusiasm, investors remain in a quandary after the wild end to 2018 in which the S&P 500 lost more than 9 per cent in a month. Powell’s soothing comments on Friday and China’s moves to shore up its economy lifted sentiment somewhat, sending the S&P 500 up 1.9 per cent last week, but risks remain. And U.S. lawmakers are still unable to reach agreement on a budget, leaving the federal government shut down for a third week. 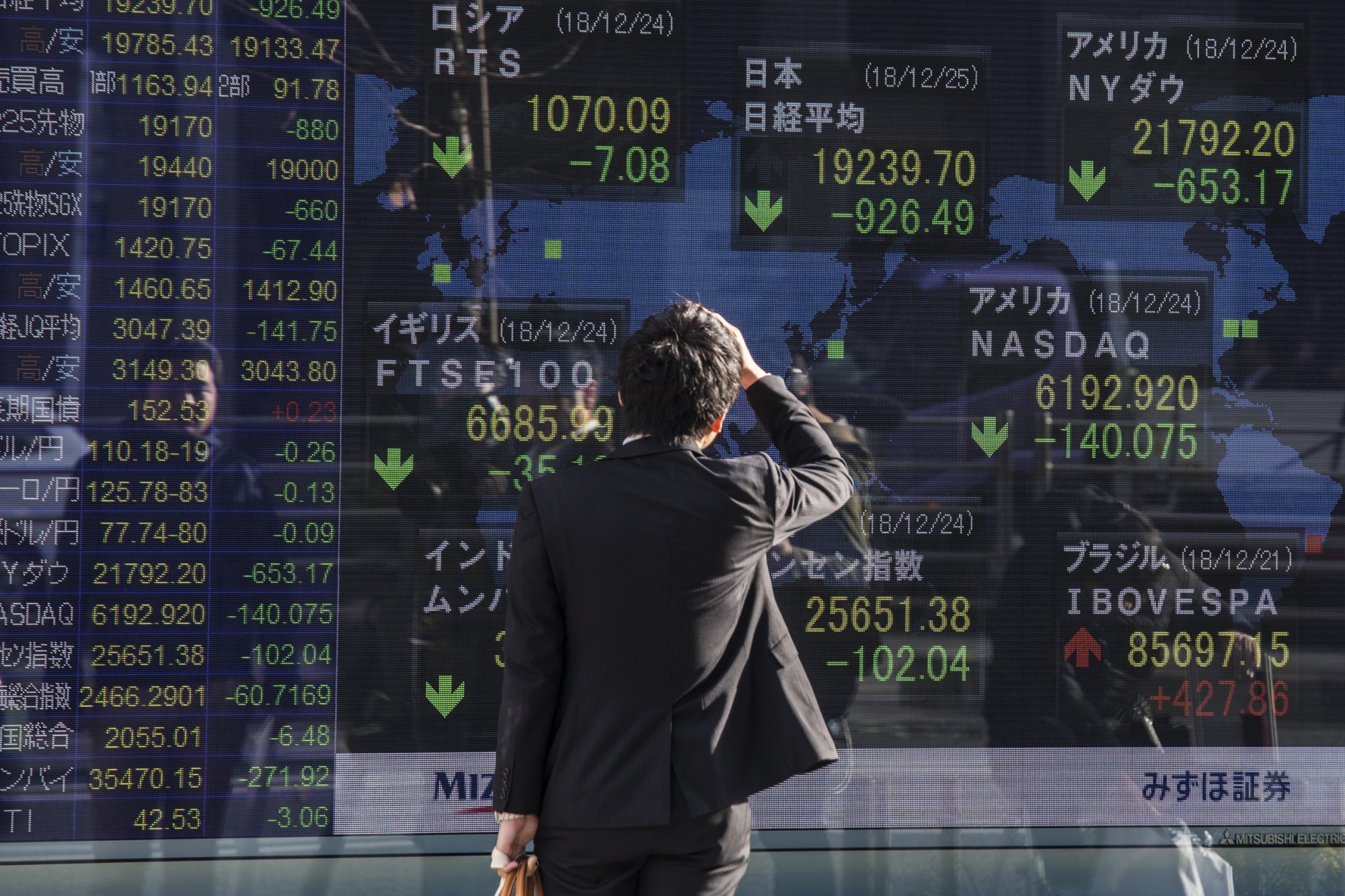 Which event is most important for markets this week?

“We have a respectable probability that Friday’s rally and the last week-and-a-half’s rally has more legs behind it,” said David Sowerby, managing director and portfolio manager at the investment firm Ancora, which manages US$6.9 billion. “It’s Fed policy right now, that’s first and foremost the most important gauge impacting the market today. Trade issues, number two. A very distant number three is the government shutdown.”

Fresh trade talks between the U.S. and China helped sap demand for the greenback, while Treasuries slipped after a substantial retreat on Friday. The pound slid against the euro as U.K. lawmakers sought to avoid a no-deal Brexit. The common currency remained solidly up even as data showed German factory orders fell more than expected in November.

Here are some events investors may focus on this week:

A U.S. delegation is in Beijing for trade talks with Chinese officials, the first face-to-face encounter since Trump and Xi agreed to a temporary truce on Dec. 1. Wednesday sees the release of minutes from the Fed’s Dec. 18-19 policy meeting. Powell will speak to the Economic Club of Washington D.C. on Thursday. U.K. Parliament resumes a debate on the Brexit withdrawal bill, with Prime Minister Theresa May seeking to avoid defeat in a vote set for the week of Jan. 14

McCreath: Expect a recession before end of 2019 if U.S. and China 'duke it out'

BNN Bloomberg Commentator Andrew McCreath says the "big call" for markets this year is whether or not Donald Trump and Xi Jinping make peace on trade. He also says the focus of U.S. Federal Reserve Chair Jerome Powell has always been and "always will be" the state of U.S. economy, not the markets.

The Bloomberg Commodity Index climbed 0.3 per cent. West Texas Intermediate crude advanced 1.5 per cent to US$48.66 a barrel, the highest in three weeks on its sixth consecutive gain. Gold rose 0.2 per cent to US$1,288.94 an ounce.