Investors should have a stock wish list ready in the event that Omicron expands: Jeff Hull

Stocks climbed and bonds fell as a relative sense of calm returned to global markets, with investors reassessing their worst-case scenarios for the omicron coronavirus strain.

In a broad-based rally, the S&P 500 rebounded from Friday’s rout and wiped out its November losses. The Nasdaq 100 jumped more than 2 per cent, led by gains in technology giants such as Apple Inc. and Microsoft Corp. Treasury 10-year yields rose above 1.5 per cent.

President Joe Biden cautioned Americans against panicking over the new variant, saying that vaccines, booster shots and masking are the best steps to keep people safe. Pfizer Inc. will know within two to three weeks how well its COVID-19 vaccine holds up against omicron, according to its top executive, and even in a worst-case scenario he expects the existing formula will retain some efficacy against the heavily mutated strain.

“Investors are evidently making an assumption today that omicron may not be as bad as had been feared on Friday, and that vaccines may still prove effective,” wrote Fawad Razaqzada, an analyst with ThinkMarkets. “It will take some time -- possibly a couple of weeks at least -- to understand this variant better. So, what might happen going forward is that we will see elevated levels of volatility.” 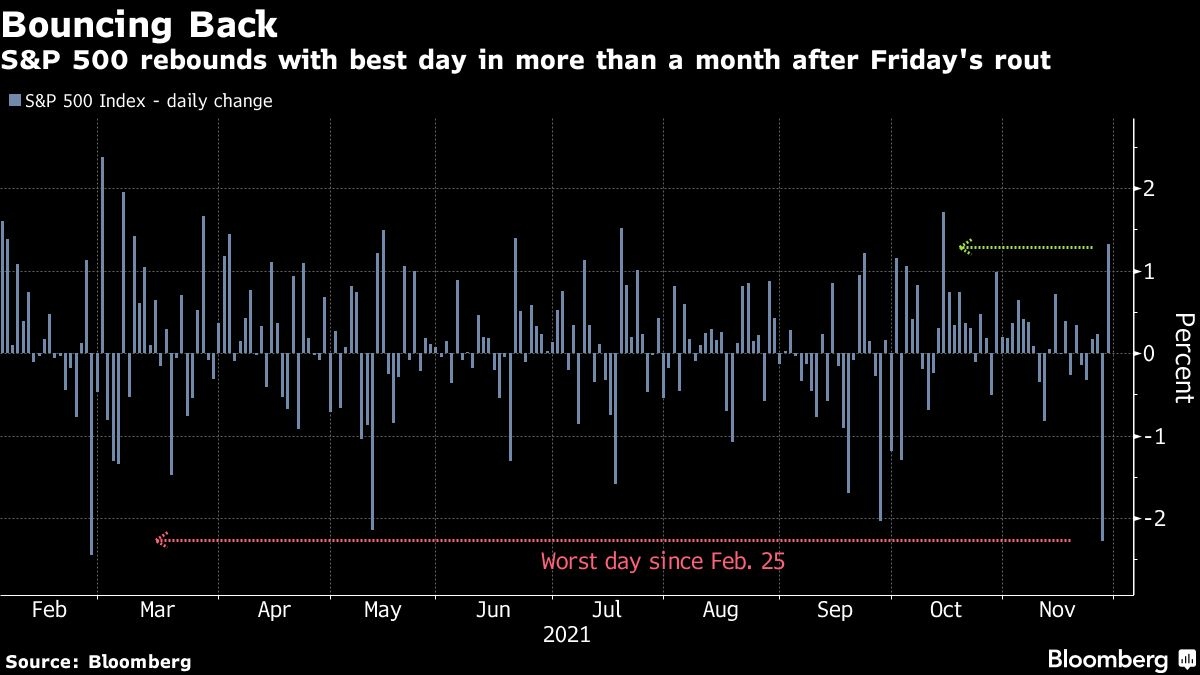 A forward-looking gauge of U.S. home purchases rebounded in October to a 10-month high, signaling steady housing demand. The National Association of Realtors’ index of pending home sales increased 7.5 per cent from a month earlier. The median estimate in a Bloomberg survey of economists called for a 1 per cent advance.