Central banks run the risk of choking off demand if they move sooner than communicated: BlackRock strategist

The S&P 500 and Dow Jones Industrial Average set records as Tuesday’s round of earnings kicked off, with United Parcel Service Inc. and General Electric Co. gaining after strong results. Facebook Inc. dropped as a pledge to buy back more shares and increase spending on digital offerings was offset by a revenue miss. Big-tech peers Twitter Inc., Alphabet Inc. and Microsoft Inc. are reporting after close of regular trading.

“I don’t think anybody’s too worried about the big tech names,” said Ross Mayfield, investment strategy analyst at Baird. “Their performances are all incredibly strong in absolute standards that the bar is just so high for them at this point that it can be harder to meet expectations.”

The Stoxx Europe 600 index also rose 0.8 per cent to close at a record high. Reckitt Benckiser Group Plc gained after the maker of Strepsils throat lozenges raised its sales forecast and Novartis AG advanced on news it may spin off its generic-drug unit. 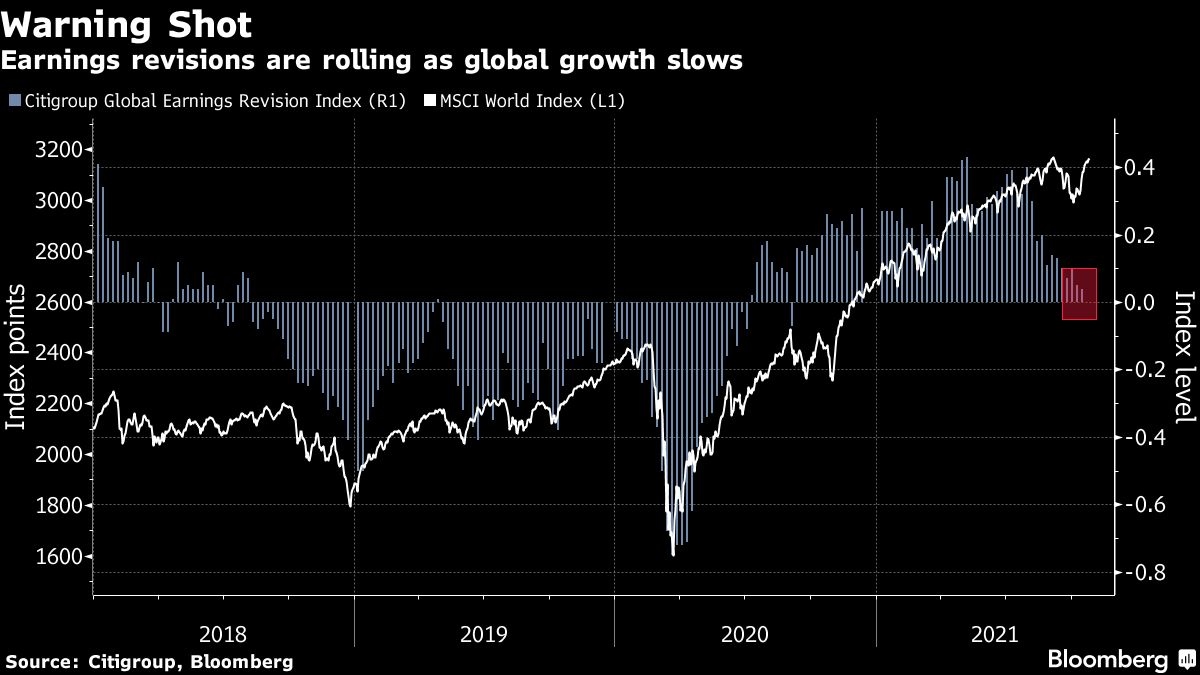 “We’re coming off a 40-plus-year bond-bull market,” said Megan Horneman, portfolio strategy director, Verdence Capital Advisors, on Bloomberg TV and Radio’s “Surveillance.” “And right now we’re looking at interest rates that should be a lot higher from here. So with duration, as high as it is in the fixed income market, you have to be very cautious around fixed income.”

Earnings season is helping to counter concerns that elevated inflation and tightening monetary policy will slow the recovery from the pandemic. Some 81 per cent of S&P 500 members have reported better-than-expected results so far, though Citigroup Inc. warned that profit growth may be close to peaking.

WTI crude oil traded above US$84 a barrel as investors weighed the outlook for U.S. stockpiles and prospects for talks that may eventually help to revive an Iranian nuclear accord, allowing a pickup in crude exports.