The S&P 500’s May decline topped six per cent and the Dow Jones Industrial Average sank deeper into its longest streak of weekly losses since 2011 after President Donald Trump threatened to place escalating  tariffs on Mexico and China prepared a blacklist of foreign companies it accuses of damaging its interests. The Mexican peso tumbled more than two per cent, while the yen jumped. Bund yields sank to a record as investors sought havens.

The 10-year Treasury rate slid below 2.2 per cent for the first time in 20 months, and a key portion of the yield curve inverted further, adding to investor angst over the threat of a recession. The credit market’s fear gauges moved by the most in almost three weeks to show the riskiest high-grade and junk bond markets since January.

“When you get a piece of bad news, you take a breath and you try to understand is it as bad as it seems. This one seems pretty bad,” Steve Chiavarone, a portfolio manager with Federated Investors, said in an interview at Bloomberg’s New York headquarters. “There’s just a level of unpredictability that was introduced last night that I don’t think is helpful to the markets.”

The latest move by the self-described Tariff Man would put five per cent American duties on all Mexican imports on June 10, rising to 25 per cent in October unless Mexico halts “illegal migrants” heading to the U.S. Evidence emerged Friday that economic growth is holding up when a crucial measure of U.S. inflation watched by the Federal Reserve picked up in April for the first time this year and Americans’ spending and incomes topped forecasts.Trump’s Mexico declaration and a Bloomberg report that China is planning to restrict rare-earths exports leave markets set for a turbulent end to what’s been a rough month for global stocks. Treasuries have benefited from haven demand, with yields on 10-year notes down to 2.18 per cent Friday compared with 2.50 per cent at the start of the month.

Elsewhere, gold climbed to a two-week high while oil slumped to less than US$56 a barrel in New York amid concerns about global demand. 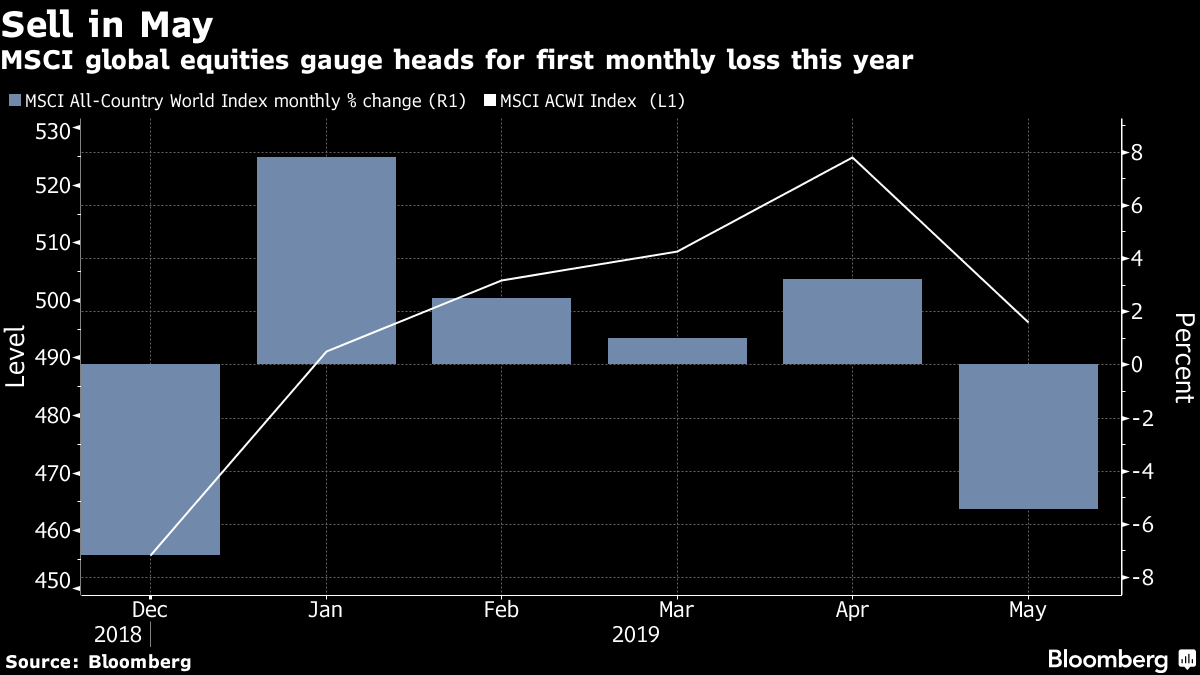