We don’t want to lose out on the current uptrend in equities: BNP Paribas Wealth Management CIO

U.S. shares rose on back of gains in cyclicals, while the technology sector extended losses as rising Treasury yields damped the outlook for growth stocks.

The S&P 500 ended the day higher, after swinging between gains and losses in the last hour of trading. Energy and financial stocks led the advance. The tech-heavy Nasdaq 100 slid, building on Monday’s last-hour selloff. The Treasury curve steepened, with the 10-year yield rising to near a one-month high. A currency crisis deepened in Turkey, with the lira weakening past 13 per U.S. dollar. Zoom Video Communications Inc. tumbled on signs of slowing growth.

Traders pruned bets for a dovish-for-longer Federal Reserve after Jerome Powell was selected for a second term. The chair himself sought to strike a balance in his policy approach, saying the central bank would use tools at its disposal to support the economy as well as to prevent inflation from becoming entrenched.

“Looking at the market today, obviously things that are sensitive to rates” are moving, Jerry Braakman, chief investment officer of First American Trust in Santa Ana, California, said by phone. “Tech is showing a little bit of weakness, financials are showing strength. That’s reflective of that move in the yield curve.” 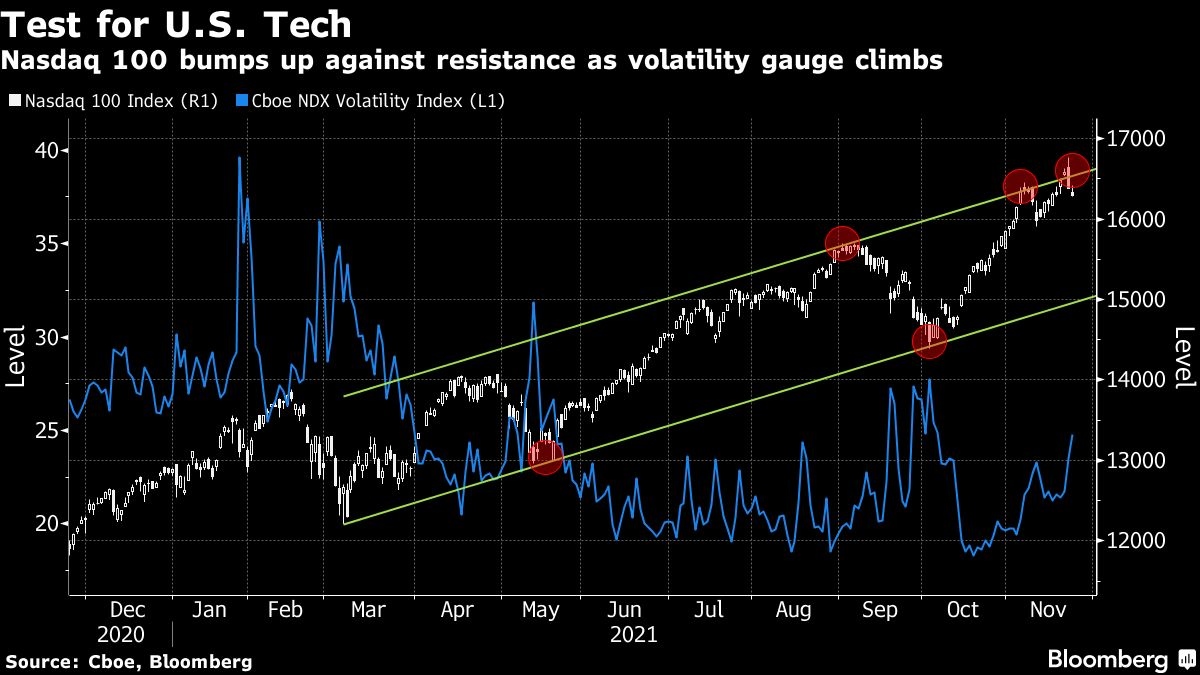 Despite recent declines, U.S. stocks have been trading near records, giving rise to concerns about valuations as investors weigh prospects for growth amid rising inflation and a persistent pandemic.

“The market is still overbought and needs to digest some of the recent gains,” Sam Stovall, chief investment strategist at CFRA Research, said by phone.

The dollar traded at its highest level since September 2020. The Japanese yen fell past 115 per dollar for the first time since 2017.

Fed Bank of Atlanta President Raphael Bostic said Monday the U.S. central bank may need to speed up the removal of monetary stimulus and allow for an earlier-than-planned increase in interest rates.

Turkey’s lira sank the most in the world, reaching yet another record low, after President Recep Tayyip Erdogan defended his pursuit of lower interest rates to boost economic growth and job creation. His unorthodox view that higher rates fuel inflation has sent the currency down for nine successive years, spurring a 43 per cent plunge in 2021 alone. 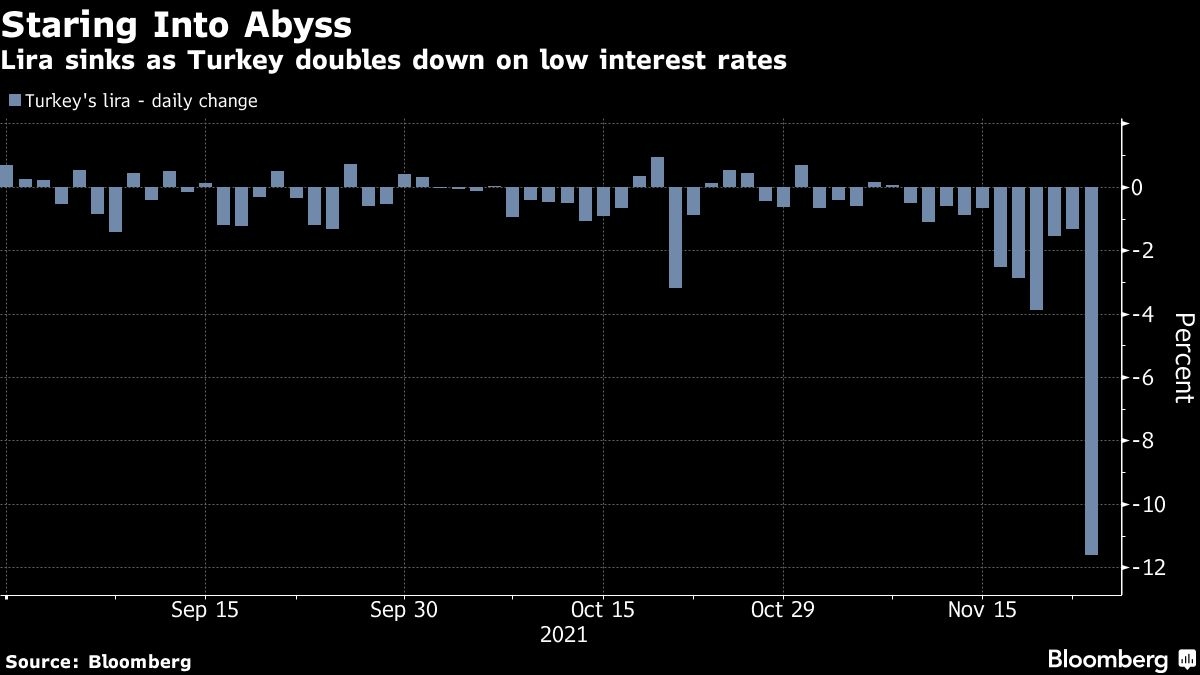 Zoom Video dropped as analysts including from Citigroup Inc. said slowing incremental growth and the lowest new-customer additions in three years were concerning. Urban Outfitters Inc. is down 9.4 per cent as supply-chain disruptions and pressure from higher costs weighed on third-quarter results.

Oil climbed as a landmark plan from consumer countries to tap their strategic oil reserves was less severe than markets expected. While the headline size of the U.S. release is large, a significant chunk of the crude will be borrowed -- to be returned later -- leaving traders expecting tighter balances down the line. The U.S. will release 50 million barrels of crude from its strategic reserves in concert with China, Japan, India and South Korea and the U.K.