Move out of tech and into more value-centric portfolios: Larry McDonald

The stock-market euphoria abated in the last trading day of August as investors assessed whether lofty valuations can withstand the unwinding of pandemic-era stimulus.

The S&P 500 edged lower, while European shares fell on signals the region’s central bank will start discussing a reduction of bond purchases. A decline in financial firms weighed on sentiment after Bloomberg News reported Wells Fargo & Co. risks regulatory action over the pace of restitution. Data Tuesday showed a slide in consumer confidence and the biggest jump in home prices in more than 30 years.

American equities still notched their seventh straight monthly advance -- the longest winning streak since January 2018 -- amid a tonic of strong corporate profits and moderate monetary policy. As the tapering debate heats up at a time when a coronavirus resurgence is delaying reopenings in some parts of the world, there’s been concern about an overstretched stock market. The S&P 500 is currently trading near its highest valuation levels since 2000. 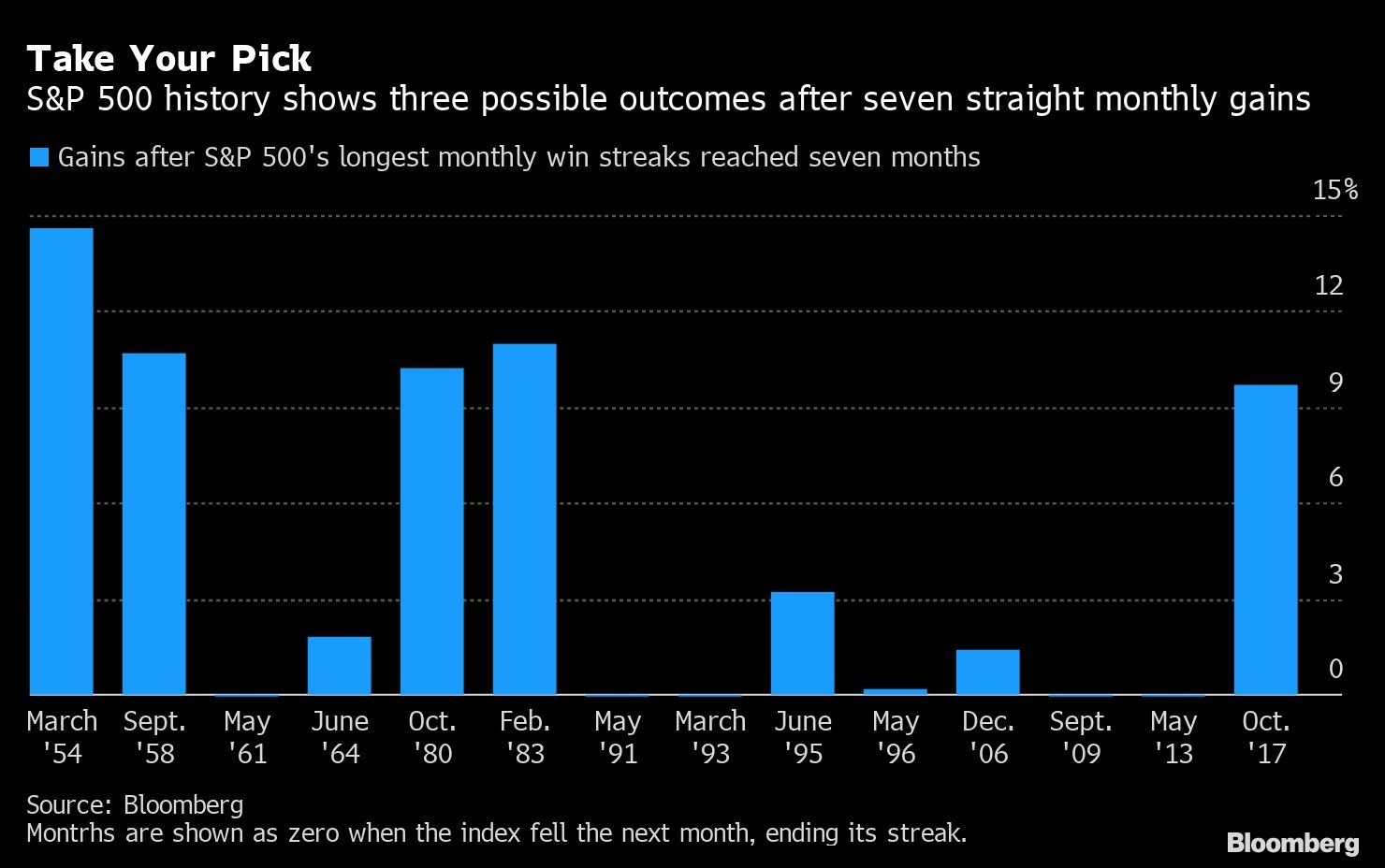 “Markets are taking a little bit of a breather,” said Cliff Hodge, chief investment officer at Cornerstone Wealth. After making it through strong economic data and stellar corporate earnings, “markets are now trying to grapple with: well, what’s next?”

Fourteen streaks of seven months or longer for the S&P 500 have occurred during the past 60 years, according to data compiled by Bloomberg. History points to three outcomes for the gauge after reaching such milestones.

Five of them ended in the next month as the index fell. Another four were followed by gains of no more than 3.2 per cent before the streaks ended. The other five delivered advances of 9.7 per cent or more before they concluded -- including the most recent streak, which lasted 10 months and ran through January 2018.

Corporate insiders, who’s buying correctly signaled the bear-market bottom in March 2020, are not afraid of chasing the record-setting rally. More than 1,000 executives and officers have snapped up shares of their own firms this month -- the most since May of last year, according to data compiled by the Washington Service.