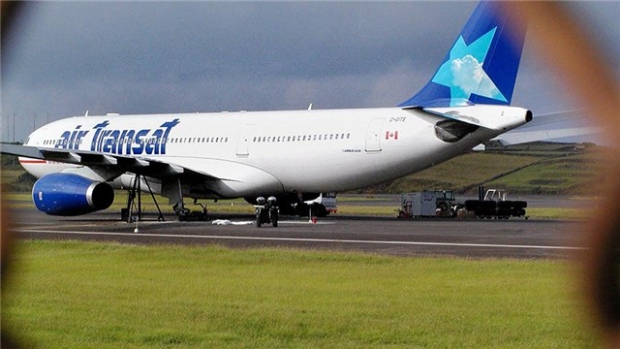 Air Transat (TRZ.TO) will once again be in the spotlight on Wednesday as a two-day public inquiry regarding multiple incidents that left passengers stranded on the tarmac in Ottawa last month gets underway.

On July 31, Air Transat flight TS157 scheduled to fly from Brussels to Montreal sat on the tarmac for almost six hours at Ottawa’s Macdonald–Cartier International Airport after the plane stopped there to refuel. Another less publicized flight, T507 coming from Rome, was also delayed on the tarmac the same day due to a storm.

The public hearing, organized by the Canadian Transportation Agency, will hear testimony from individuals and organizations directly involved or affected by the incidents on both flights.

A ‘FEELING OF BEING TAKEN HOSTAGE’

Passengers on TS157 were told the stop in Ottawa would only take 30 minutes, but what ensued was an experience one passenger described as “horrendous.”

“We were stranded in a plane where children were crying, people were suffocating from the heat and some were even having panic attacks,” Maryanne Zehil, who was on board, told BNN. “Luckily, a passenger called 911 and the police as well as the paramedics came on board.”

Zehil also said she tried convincing the pilot to give her dog, who was stuck in the plane’s cargo without water for over 15 hours, something to drink. But her pleas were not immediately answered.

“After a while, a person from the Ottawa airport came to see me and to tell me that my dog was okay and that she had some water. We were never told why we were not allowed to deplane, the pilot and the director of the flight told me several times the same repeated sentence ‘we cannot do anything,’” she explained.

She summed up her experience as being “horrendous, worrying, and having a feeling of being taken in hostage.”

Jennifer Yaeger and her partner Richard Runfola were also travelling on TS157 and submitted a joint statement to the CTA ahead of next week’s hearing. They live in Buffalo, NY and won’t be able to attend the inquiry in person.

Their testimony says they were denied food and water in Ottawa when they asked, but noted after about two hours “very small” cups were distributed. And after three hours what snacks were left on board were finally given out.

“Baby diapers reeked of fecal matter and as people began to sweat the plane began to smell extremely bad as we were trapped in the stale air,” the testimony read.  “It got so hot that somebody vomited. This smelled incredibly bad and was a clear sign that we were at temperatures not suitable for our health and well-being.”

“Just when we thought things could not get worse, all of the lights turned off on the plane and there was no electricity,” it went on.

The couple said their bags were lost in the process and they had to drive back to the United States without their belongings, which were finally returned to them three days later.

Emmanuelle Haber, another passenger on board, is calling for full compensation for the flight in her testimony, for the experience which she describes as “inhumane.”

The two flights at the centre of next week’s public hearing weren’t the only planes left stranded on July 31.

Max Webber says his Air Transat flight 0711 from Paris to Vancouver diverted to Ottawa due to a storm that day, where he says the plane sat on the tarmac for five hours and passengers were left without food or fresh air. From his window, he watched fire trucks drive towards another stranded Air Transat flight while his plane was ignored.

“It was hell,” he told BNN in an email. “I had to stay overnight in Montreal and was rescheduled by Air Transat to an overbooked stop-over Air Canada flight from Montreal to Vancouver.”

After numerous delays and rescheduled flights, Webber finally arrived in Vancouver almost 24 hours later than he was scheduled to land.

Air Transat told him he had to write a formal complaint in order to receive compensation, which he did on August 7. As of August 24, he still hadn’t received a response from the airline.

“I will call them back and try to get some sort of compensation but now I really hate that airline,” he said.

To avoid future skepticism from the public, one communications expert says the airline should apologize and take responsibility for what happened.

“Air Transat’s communications have been absolutely abysmal, so bad that this incident is already a PR school case study of how not to handle a crisis communications situation,” Bob Pickard, principal at Signal Leadership Communication, told BNN via email.

“This company has a long history of PR nightmares, so they will need to show sincerity by taking tangible steps to overcome public skepticism,” he said. “They communicated in a cold and unsympathetic way, like a machine, and not warm and engaging, like a real person,” he said.

Pickard added that the company pointed blame at others in a “cowardly way,” referring to Air Transat’s claim that the Ottawa airport refused to refuel the plane, which would have restored the air conditioning.

Air Transat’s stock price has risen since the incident amid a stronger loonie, but Pickard notes if another PR incident strikes again, the airline may not be so lucky.

Air Transat did not respond to BNN’s request for comment.