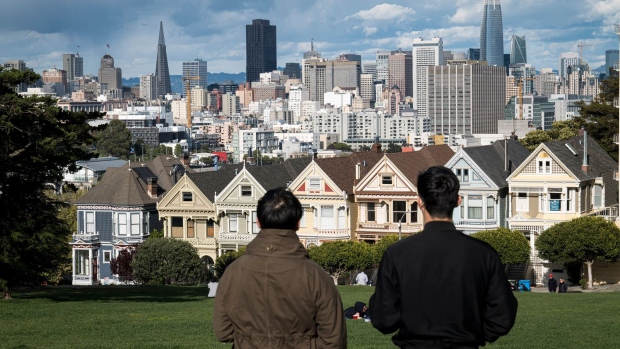 Stripe Inc. plans to make a one-time payment of US$20,000 to employees who opt to move out of San Francisco, New York or Seattle, but also cut their base salary by as much as 10 per cent, according to a person familiar with the matter.

The payments processor will make the offer available to workers who choose to relocate before the end of the year, said the person, who asked to remain anonymous to discuss private details. But employees opting to move may have to relinquish some of their base pay.

The new policy adds Stripe to the list of technology companies that have expanded opportunities for employees to work remotely while also signaling they may implement pay cuts if workers move to less-expensive cities. VMware Inc. told Bloomberg News on Friday it had instituted such a policy, and Facebook Inc., Twitter Inc. and ServiceNow Inc. have all considered similar measures.

Mike Manning, a spokesman for Stripe, declined to comment.

For many Americans, the COVID-19 crisis has upended the cost-benefit balance of living in expensive metropolitan areas, which for months have been devoid of their usual flair. With corporate campuses and office buildings still closed or only partially staffed, many companies have given workers more leeway than ever to decide where and how they want to work. That’s led scores of white-collar workers to move closer to loved ones or to more sparsely populated areas with less punishing living costs.

Pay cuts and a lesser need for pricey office space offer companies ways to save money. But a migration of workers from downtown headquarters also pose challenges for bosses who worry that remote work over the long term could stifle innovation or hamper productivity. It will also be financially challenging for coastal hubs that have long attracted large companies and their highly paid employees.

For tax reasons, companies must know where employees reside, but any decisions to cut pay is at their discretion.

San Francisco-based Stripe, which employs around 2,800 people, has for years relied on remote work. Last year it formed a remote engineering hub in addition to its hubs in the Bay area, Seattle, Dublin and Singapore, and vowed to hire 100 new fully remote engineers and other staff.

Doing so has brought its workers closer to customers and businesses, and tailor products to fit local needs and limitations, Jay Shirley, who is the site lead for Stripe’s remote engineering hub, wrote in a May blog post.

The company was valued at US$36 billion in it latest funding round, making it one of the country’s most valuable closely held startups.

The San Francisco Bay area had the highest prices for goods and services, including rent, among large metropolitan areas in the country in 2018, according to data from the U.S. Bureau of Economic Analysis. New York was in second place. Among areas of all sizes, the California cities of San Jose, Sunnyvale and Santa Clara, in the heart of Silicon Valley, had the nation’s highest rents.