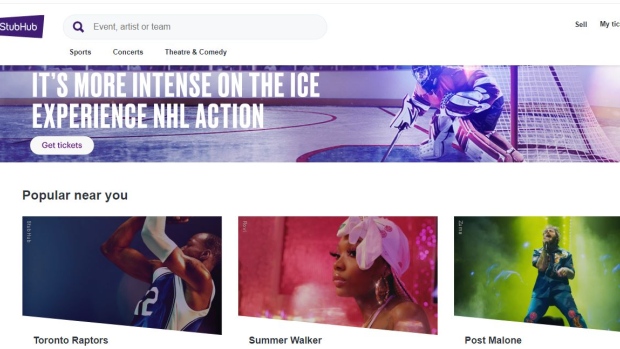 StubHub Canada Ltd. and StubHub Inc. will pay a $1.3 million penalty for making misleading pricing claims and will ensure costs for Canadian events it sells tickets to are posted with their mandatory fees.

The penalty is part of an agreement the entertainment and sport ticket reseller made through the Competition Tribunal after the Competition Bureau discovered StubHub advertised tickets at "unattainable" prices on its websites, mobile apps and in promotional emails to Canadians.

The Bureau says its investigation found that StubHub was charging mandatory fees above the price advertised and was not selling tickets for the cost it had promoted.

The Bureau says consumers couldn't see the full cost of their ticket unless they clicked or tapped to turn on pricing option filters or waited until later in the purchasing process.

Some consumers who filtered results to see tickets that were inclusive of fees were still asked to pay more than the prices they were originally shown.

The Bureau says StubHub voluntarily co-operated to resolve the matter and will launch a compliance program that ensures it complies with the law and prevents advertising issues.