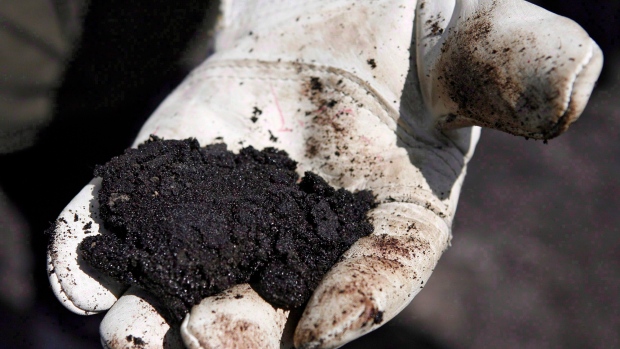 CALGARY - The operators of the $9.7-billion Sturgeon Refinery say it is now processing oil sands bitumen as designed after two years of delays blamed mainly on equipment failures.

According to an update on its website, the refinery northeast of Edmonton is "now fully operational," having switched to bitumen feedstock in April for its production of diesel and other fuels.

Construction was completed on the refinery in the fall of 2017 and it was to begin processing as much as 80,000 barrels per day of heavy bitumen in early 2018 after starting up with partly upgraded synthetic crude from oil sands mines.

But that was delayed by issues with equipment including its gasifier, a unit designed to break down the heavier parts of the bitumen barrel to make hydrogen for the refining process and carbon dioxide for use in stimulating conventional oil and gas wells.

Following a maintenance shutdown late last year, the refinery was restarted, again using synthetic crude feedstock while preparing for startup of the gasifier.

The refinery is a joint venture of North West Refining and oil sands producer Canadian Natural Resources Ltd., which is to provide 25 per cent of its bitumen feedstock. The rest of the feedstock is to come from the Alberta government-owned Alberta Petroleum Marketing Commission.