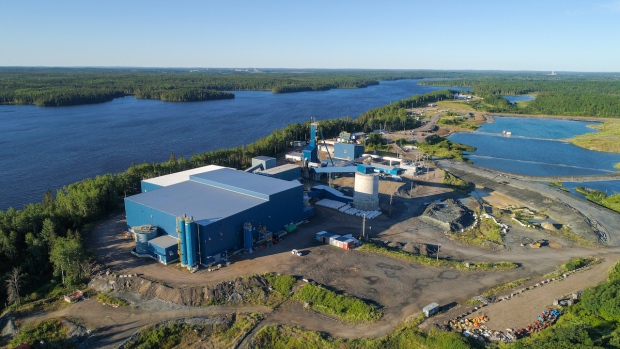 There’s no doubt gold is in a secular bull market.

That record price was soon followed by amazing news that Warren Buffet’s Berkshire Hathaway had bought into the gold mining space.

And still the average miner remains dramatically undervalued compared to the overall stock market. It’s one of the last sectors that, for now, is still fundamentally inexpensive.

Yet that’s starting to change. Thanks to record prices and high-profile investors, a lot more attention is being paid to precious metals.

The bear market from 2012-2016 forced gold miners and explorers to slash costs and rationalize projects. It also led to a dearth of new mines and discoveries. But with a renewed gold bull market, high-grade and high-margin projects in safe mining jurisdictions are starting to command top valuations.

That makes a Canadian developer like Battle North Gold (TSX: BNAU | OTCQX: BNAUF), with its well-advanced project and numerous exploration targets, more coveted than ever.

And as one of the largest and highest-grade gold camps in North America, the Red Lake District holds a lot more gold that’s yet to be discovered and mined.

The Bateman Gold Project is a diamond quickly emerging from the rough, originally staked nearly a century ago. De-risked and shovel ready, it forms the core of Battle North’s operations.

The company’s highly anticipated Feasibility Study has just been released. Serious gold investors need to take note, because it’s likely to put BNAU on many radars.

Here are the impressive highlights:

Now that’s robust. And the best part is it doesn’t even account for eventual expansion possibilities or exploration upside on Battle North’s 28,000-hectare land package in Red Lake.

Brock Colterjohn, Institutional Equity Research Mining Analyst at Cormark Securities notes, “The Bateman Gold project is now backed by a robust feasibility study, thanks in part to management’s tireless efforts over the past four years to de-risk the project and demonstrate the commercial viability of the asset.”

The F2 Gold Deposit is the Bateman Gold project’s main deposit that will feed the processing plant. The updated Mineral Resource estimate released in July of this year has grown to 979,000 oz at 6.63 g/t Au in the Measured and Indicated category, and another 283,000 oz at 6.57 g/t Au in the Inferred category, all at a 3.0 g/t Au cut-off grade.

Bateman’s obvious qualities are its size and grade. But investors shouldn’t overlook its well-advanced stage.

Since 2002, Battle North Gold has completed more than 550,000 m of diamond drilling on the Bateman Gold project. Over its history, the Bateman Gold project has seen over $770 million in sunk capital to bring it to its current status. Today, Battle North has the benefit of owning an operational 1,800 tpd mill and 14,000 m of underground development, as well as extensive surface infrastructure.

Though the Feasibility Study assumed a USD$1,525/oz gold price, gold prices have averaged near USD$1,800/oz for the past 6 months and look to be trending higher. At USD$1,900/oz, the after-tax IRR on Bateman soars to 86.4 percent at current exchange rates.

Battle North holds $67 million in cash, of which $10 million has been earmarked for regional exploration. That leaves roughly $55 million available for the Bateman Gold project. With the Feasibility Study calling for approximately $109 million of Initial Capex, the company is estimating approximately $93 million as its Project Funding Requirement, factoring in operating cash flow from gold production during the ramp-up period, changes in working capital, and projected corporate G&A.

The company is already in talks with several financing groups to provide the remaining cash to achieve a fully funded project.

The NI 43-101 Technical Report for the Feasibility Study will be completed within 45 days from the Feasibility Study announcement. The report will be provided to the financing groups to complete their review. Assuming that the project gets a final green light from Battle North’s Board of Directors to proceed with construction, the Bateman Gold project could be as early as 7 months away from its first production of gold. From that point Battle North will produce roughly 48,000 gold oz during the ramp-up period until the 21st month, when commercial production is anticipated to be reached.

More gold in the String of Pearls

Management has been aggressively exploring and growing the nearby String of Pearls project, which consists of four zones: McFinley, Pen, CARZ, and Island.

These are considered very high-grade intercepts, and yet somewhat typical of the type of gold found in the Red Lake District. What’s more, the String of Pearls targets are seen as potential sources of incremental ore to expand the Mineral Resource estimates and provide additional mill feed.

Potential benefits of producing from these nearby areas in the future should not be underestimated. The Feasibility Study shows that mining Bateman will achieve a peak average throughput of 1,500 tpd of ore. But the existing mill has been built to process up to 1,800 tpd, so there’s already excess capacity available. These multiple high-grade zones could well provide incremental feed, helping extend the Bateman Gold project beyond the current 8.2-year mine life.

Gold was first discovered in 1897 by the Geological Survey of Canada at Ontario’s Red Lake Gold District. A regional gold rush was triggered in 1925 when gold was found on the shores of Red Lake. Since then, the area has produced more than 28 million oz of gold, making it one of the largest gold camps in all of North America.

Battle North’s control of over 100 square miles in such a well-established gold mining area is significant. The company’s holdings are the Red Lake District’s second-largest land package.

It’s not unrealistic that a sizeable $10 billion player like Evolution Mining might envision consolidating the Red Lake district, combining all of the regional databases into one. The potential synergies and economies of scale would be too attractive to ignore.

With that in mind, investors would be wise to consider both Battle North’s near-term and longer-term prospects.

Remember, we’re in the early innings of a secular gold bull market.

Battle North Gold has just released a very robust Feasibility Study. Exploration will forge ahead, and drilling will continue on the String of Pearls.

BNAU is in the enviable position of having multiple catalysts lined up over the next 12 months:  announcement on project financing, commencement of project construction, Mineral Resource estimates on McFinley and the Pen Zone, and the first gold pour from the Bateman Gold project.

Next year will also see regional exploration begin. Permits have already been applied for, and drills could already start turning by February.

“Add in the potential for regional exploration success along with the prospect of consolidation within the Red Lake District, and Battle North’s share price could ignite.”

A high-grade, shovel-ready project with robust economics is the cake. The second largest exploration land package in the prestigious Red Lake gold camp is the icing on that cake.