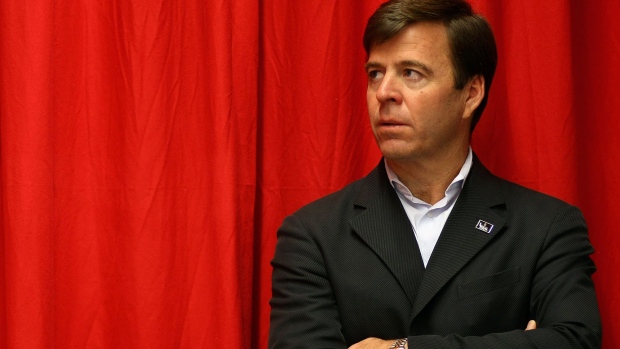 The chain, with more global locations than any other in the industry, has been trying to reverse a sales slide as more modern and trendy restaurants lure customers. Chidsey starts on Nov. 18 and fills the vacancy left by Suzanne Greco, who stepped down more than a year ago. Greco took the helm in 2015 after the death of co-founder Fred DeLuca, her older brother. Trevor Haynes has been leading the company on an interim basis.

Haynes will continue with the company as president for North America. Before serving as CEO and chairman of Burger King Holdings Inc., Chidsey was also chief financial officer and held other senior positions. He holds multiple board seats including one at Brinker International Inc., the parent company of Chili’s and Maggiano’s.

The sub chain needs a leader with experience dealing with the franchisees who own and operate its restaurants. Since DeLuca’s death, Subway has steadily pared back locations amid declining sales.

The company hasn’t been able to entice customers as competitors offer new fare and steep discounts. Last year, its U.S. system sales fell about 3.6 per cent to US$10.4 billion, for at least the fifth straight year of declines, Technomic data show.

Earlier this year, Subway said it was offering U.S. franchisees grants to help them remodel locations, and that it was also investing US$80 million in new menu items and customer service.

DeLuca opened the first Subway in Bridgeport, Connecticut, in 1965 with a loan from Peter Buck. By 1974, they had expanded to 16 shops, and DeLuca started franchising. The chain grew rapidly in the subsequent decades by selling its sandwiches as a healthier alternative to fare from burger chains.