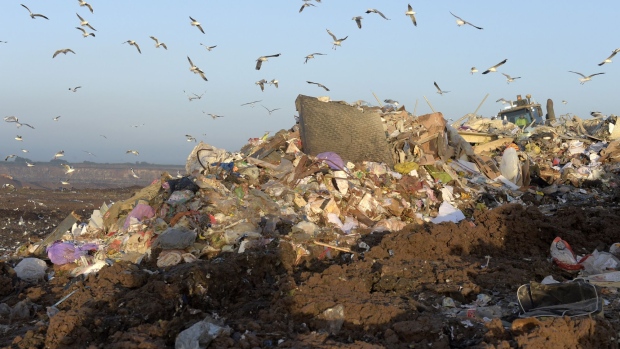 (Bloomberg) -- Suez SA is making preparations for a sale of its continental Europe waste management businesses, which could fetch as much as 3 billion euros ($3.4 billion) and rank as the French utility’s biggest-ever divestment, people familiar with the matter said.

The utility is working with advisers on the potential disposal, which includes operations in Germany and the Benelux countries, the people said. Suez could start inviting bids in the second half of the year, one of the people said, asking not to be identified as the matter is private.

European companies have been offloading divisions to boost returns and fend off activist pressure, a trend bankers say will increase as the corporate world grapples with the coronavirus pandemic. Suez’s divestments form part of a four-year plan unveiled in October to sell as much as 4 billion euros of assets and cut costs amid calls from investors for better returns.

Suez has separately started a sale process for its Swedish waste management business, the people said. Bloomberg News reported earlier this year that Suez was exploring options for the unit, which could be valued at around 400 million euros.

The company has also been examining a possible divestment of its Spanish water treatment provider Aguas de Barcelona, according to the people. The business could be valued at around 3 billion euros if Suez decides to proceed with a sale, the people said. Deliberations are at an early stage, and Suez could opt to keep the Spanish business if it can raise enough from the other asset sales, one of the people said.

A representative for Suez declined to comment. Talks about the potential Suez disposals were reported last year by BFM Business, which cited unidentified people.

The European utilities industry has offered dealmakers one of the few bright spots in a first half that has seen mergers and acquisitions activity badly hit by the coronavirus pandemic. The value of acquisitions involving utilities companies in the region is up 58% in 2020, according to data compiled by Bloomberg. In March, KKR & Co. agreed to buy Pennon Group Plc’s waste-management arm for 4.2 billion pounds.

Suez’s German and Benelux waste management operations contributed 1.6 billion euros of revenue last year, or about 9% of the group total, according to a company presentation.