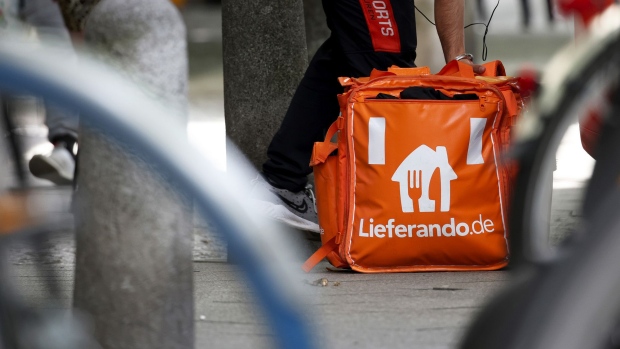 The invitation for a “Day Club Party” on Friday in Berlin’s hipster Friedrichshain district concludes with a caveat, in bold, that says “drivers and contingent workers” are excluded.

A representative for Lieferando, which is owned by Just Eat Takeaway.com NV, said that it was impossible to invite everyone and that the logistics arm organizes regular events for drivers, such as barbecue evenings.

The party is fueling anger from the excluded workers, some of whom have called for a protest outside the event. Lieferando’s parent company, Just Eat, also faced criticism after budgeting 15 million euros ($16 million) for a ski trip in April.

“They shamelessly celebrate an all-inclusive pool party while we can’t even pay our rent!” the group, called the Lieferando Workers Collective, said in a Tweet ahead of the event. “We’ll come anyway!”

Relationships between delivery companies’ head offices and their drivers are increasingly fraught, with the people who take food and groceries to app customers demanding to be paid better and treated more like full-time workers at startups around the world. The European Union proposed rules in December that would give so-called gig-economy workers the same rights as an employee, regardless of what they’re called in their contract.

In Berlin, workers at Gorillas Technologies GmbH formed a collective last year after complaining about the quality of their equipment and not being paid on time. Riders at Flink GmbH are now also preparing to hold an assembly on July 22, in the first steps to create a works council.

One of the organizers, Robert Snyder, said riders are concerned about receiving fewer working hours. By campaigning to set up a workers council, Flink riders in Berlin are hoping to make sure that riders get payment for the amount of hours they are contracted to work.

A spokesman for Flink said that it’s “constantly improving its processes to empower our hub workers and riders to manage their work” and that it would acknowledge the formation of a workers collective from employees “who want to have a healthy work environment.”