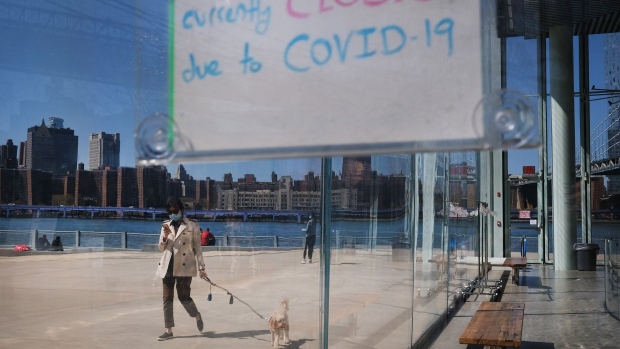 (Bloomberg) -- Former U.S. Treasury Secretary Lawrence Summers warned that the U.S. is suffering from the “least responsible” macroeconomic policy in the last 40 years, pointing the finger at both Democrats and Republicans for creating “enormous” risks.

The fiscal-policy outlook has dimmed, the Covid recovery will stoke demand pressure, and the Federal Reserve has “stuck to its guns” for no rate cuts for years while expanding its balance sheet, he said in an interview with David Westin for Bloomberg Television’s “Wall Street Week” “What was kindling, is now igniting.”

“I think these are the least responsible fiscal macroeconomic policy we’ve have had for the last 40 years,” he said. “I think it’s fundamentally driven by intransigence on the Democratic left and intransigence and the completely irresponsible behavior in the whole of the Republican Party.”

Summers, a top official in the past two Democratic administrations, has emerged as one of the leading critics among Democrat-leaning economists of President Joe Biden’s $1.9 trillion pandemic plan. Summers warned in the interview the U.S. was facing a “pretty dramatic fiscal-monetary collision.”

He said there is a 1/3-chance that inflation will accelerate in the coming years and the U.S. could be face staglfation. He also saw a 1/3-chance of no inflation because the Fed would hit the breaks hard and push the economy near recession. The final possiblity is that there Fed and Treasury will get rapid growth without inflation.

“But there are more risks at this moment that macroeconomic policy will cause grave risks than I can remember,” he said.

Administration officials have pushed back against the critique, saying the Biden bill aims to provide relief to those in need and won’t overheat an economy still suffering from high unemployment. Fed officials have broadly echoed that view -- flagging the risk of delivering too little fiscal support, and signaling they have no intention of tightening monetary policy anytime soon.