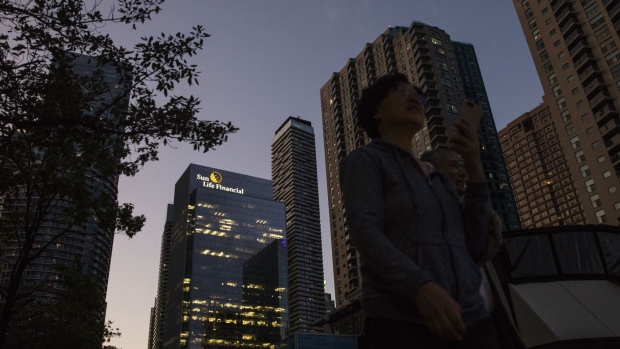 Sun Life Financial Inc. Chief Executive Officer Dean Connor, who led the Canadian insurer through a decade of growth, will retire next year and hand the reins to Chief Financial Officer Kevin Strain.

Strain, 54, will join the board of Toronto-based Sun Life in February, taking the title of president as well, the firm said Wednesday. He’ll become CEO when Connor, 64, retires in August.

Connor divested U.S. assets, including the US$1.35 billion sale of an annuities business, and spearheaded aggressive growth in Asia since taking over as CEO in 2011. Sun Life’s shares have outpaced competitors’ during his tenure, and he has more than doubled assets under management to $1.2 trillion (US$930 billion).

“He really has transformed Sun Life from a bit of a sleepy company into better growth, and he made investments in technology that brought it into the present if not the future,” Barclays Plc analyst John Aiken said in an interview.

Sun Life shares were little changed at $57.10 at 10:54 a.m. in Toronto. The stock has more than tripled since December 2011, when Connor became CEO, outperforming the 86 per cent gain in the S&P/TSX Composite Financials Sector Index.

Strain joined Sun Life in 2002 when it acquired Clarica, where he had worked since 1997. In addition to experience running Sun Life’s individual insurance and investment business in Canada, he launched Sun Life Global Investments -- now known as SLGI Asset Management -- and expanded Sun Life Asia into Vietnam and Malaysia. Strain will continue to serve as CFO until a replacement is found.

“He has seen a wide breadth of the operation,” Aiken said. “He’s well-suited to fill Dean’s shoes.”