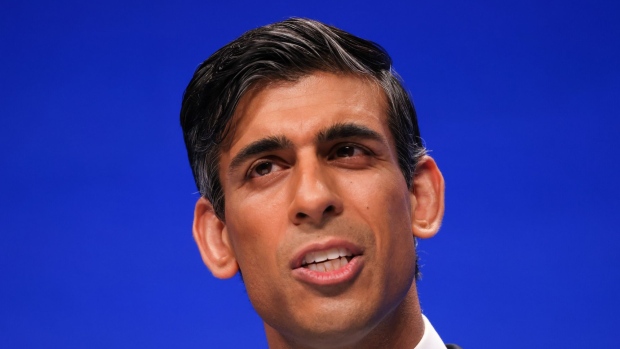 “We’re prepared to work with businesses and support them as required,” Sunak told the BBC during a visit to Washington, where he attended a meeting of the International Monetary Fund and spoke with G-7 counterparts.

Major industrial energy users such as steelmakers, chemical plants and glassmakers have raised the alarm bells following a sixfold rise in gas prices over the past year, which they say makes some operations unprofitable.

Business Secretary Kwasi Kwarteng is also pressuring Sunak to come up with a solution as soon as practical to ensure factories aren’t required to shut down. The Treasury is examining proposals from Kwarteng’s department to help heavy industry, including through issuing state-backed loans.

The main opposition Labour Party ratcheted up the pressure on Sunak to act, telling him to “get a grip” on the situation. “It doesn’t make economic sense, nor is it good value for money, to allow a temporary increase in prices to destroy British industries and jobs,” Bridget Phillipson, a Treasury spokeswoman for the party, said on Thursday.

“We’re doing absolutely everything we can to mitigate some of these challenges,” Sunak said, though he also suggested his appetite to help business has limits. “In general I believe in a market economy, as that’s served us very well in this country.”

Cabinet Office Minister Steve Barclay said Tuesday ministers will consider any bonuses and dividends that companies receiving support had paid out, as well as their hedging positions, in order to ensure value for taxpayers.

“It’s not the government’s job to come in and start managing the price of every individual product,” Sunak said. “But we do recognize that people have concerns about inflation,” he said, pointing to 500 million pounds ($686 million) of assistance the government has already announced for households.

U.K. steelmakers said this week there’s a “hostile” environment for industrial investment in the country an called for “a level playing field on energy costs” with European competitors. They’re calling for cuts to policy and network costs that they say put them at a competitive disadvantage.