Instability on the south side of the mine requires so-called overburden removal to occur, which is to be completed by the end of the year, the company said in its second-quarter earnings release. Fort Hills will continue at the current production level for the remainder of the year and “transition to both primary extraction trains” by late 2021 to reach full production in early 2022. Fort Hills cash operating costs have also been updated to between $37 and $42 a barrel from $25 to $29 a barrel. 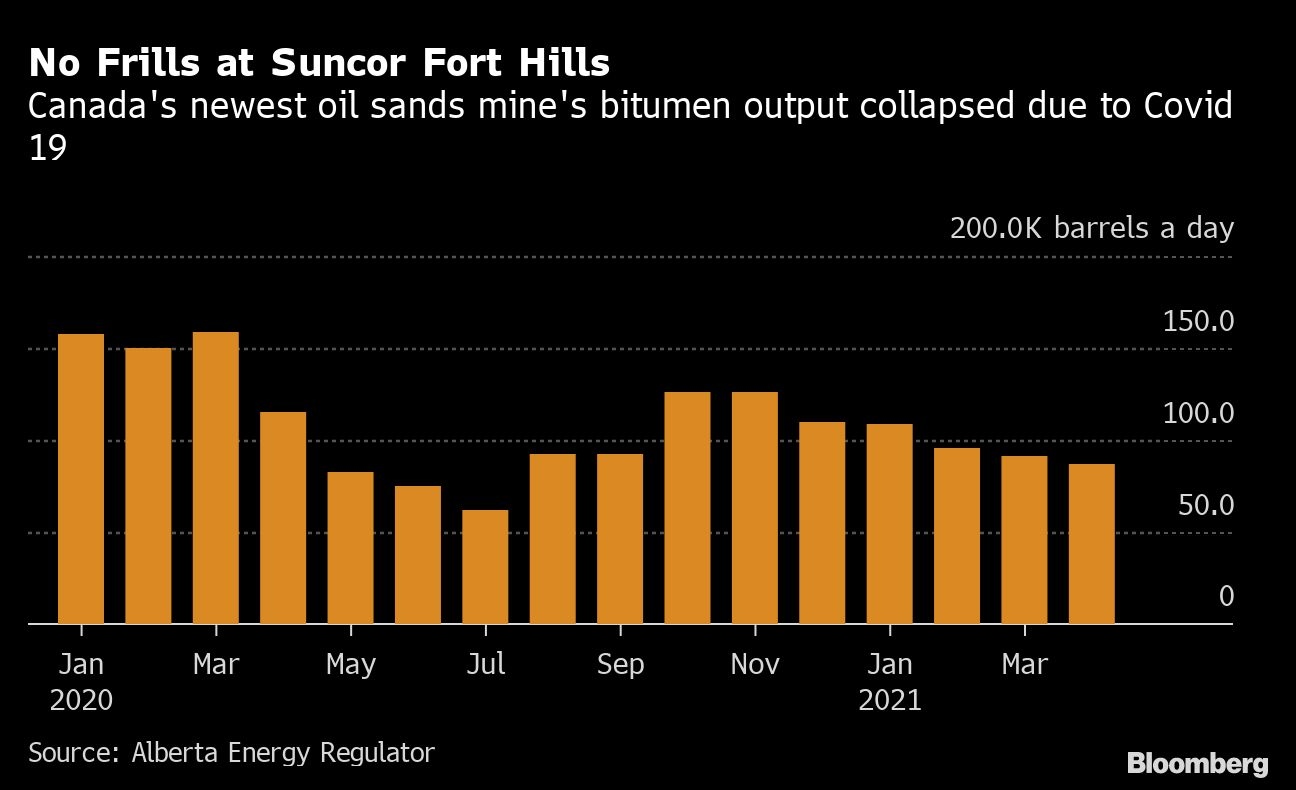 Suncor shut one of the two so-called production trains at its Fort Hills mine last year as oil prices and demand collapsed because of the COVID-19 pandemic. The company resumed operation of the second train late last year for a period.

Suncor will be operating on one train until the mine stability issue is resolved, rather than following the previous plan to transition to operating both trains at normal rates during the third quarter, Mark Little, chief executive officer, said in an earnings call Thursday. Shares fell 2.7 per cent to $25.01 at 10:26 a.m. in Toronto on Thursday.

JPMorgan Chase & Co. cut its price target for Suncor to $32 from $34 after Teck Resources Ltd., a minority shareholder in the mine, reduced its 2021 production guidance from Fort Hills due to operational issues.

Fort Hills, the newest oil sands mine in Alberta, started operation in 2018 and has the capacity to produce almost 200,000 barrels a day. Output hasn’t exceeded about 125,000 barrels since May 2020, Alberta Energy Regulator data show.