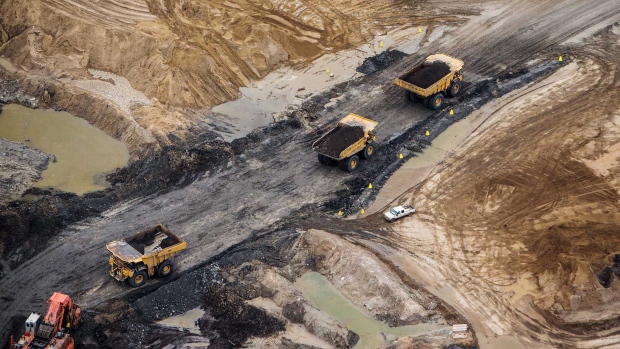 The price Suncor is paying to borrow is by far outpacing the increase in risk premiums broadly in the Canadian company bond market in the past month amid global credit volatility. As of Monday, investors were demanding 245 basis points over government securities to hold Canadian corporate debt, according to Bloomberg Barclays indexes. That compares with 118 basis points buyers required when Suncor last tapped the market in May. The company’s new notes were priced to yield 5.039%, compared with 3.128% in the previous deal.

Suncor sold debt at a time when Alberta is asking the Canadian government for an aid package that will help energy companies deal with the Covid-19 pandemic and an oil-price crisis.

Despite spiking funding costs, Suncor is still rated investment-grade at Moody’s Investors Service and S&P Global Ratings, making it one of the highest rated firms in an industry that has largely moved to the riskier high-yield category. This may explain why 75 investors took part in today’s transaction, placing enough orders to cover the deal size by more than three times, according to people familiar with the matter.

In response to the plunge in crude prices, the company slashed its planned capital spending for the year by about 26% to a range of C$3.9 billion to C$4.5 billion to conserve cash. It’s also cutting operating expenditures and adjusting refinery utilization. “Suncor’s liquidity is good,” Moody’s said in a statement today, adding that the company would take needed action to maintain its capital structure and cash flow should oil prices remain low.

A representative for Calgary-based Suncor didn’t provide immediate comment when contacted by Bloomberg.