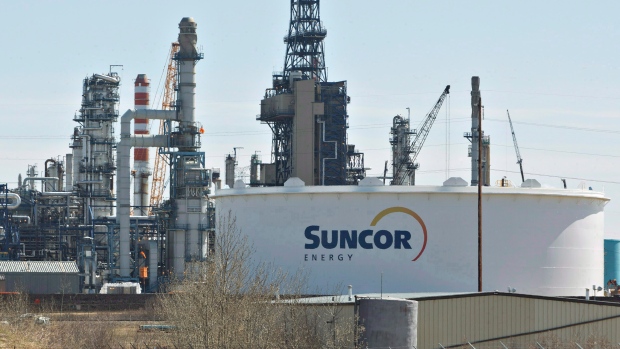 The Suncor Refinery in Edmonton , The Canadian Press

Suncor Energy Inc. is selling another stake in an oil-storage terminal to an Alberta First Nation as the company seeks stronger ties with aboriginal groups in the northern oil-sands region.

Suncor said the Mikisew Cree First Nation would pay about $147-million for a 14.7-per-cent interest in the company’s East Tank Farm, which is under construction north of Fort McMurray, Alta.

The deal is expected to close in the second quarter of 2017, subject to the aboriginal group obtaining financing and other conditions.

It’s the second time in as many months Suncor has sold a portion of the storage terminal to a northern First Nation.

In September, the Fort McKay band agreed to pay $350-million for 34.3-per-cent interest in the facility, which is designed to handle crude from Suncor’s $15.1-billion Fort Hills bitumen mine. That project is due to start up by 2018 with capacity of 180,000 barrels per day.

Suncor will remain operator of the storage and blending terminal with a 51-per-cent stake once the two deals close next year.