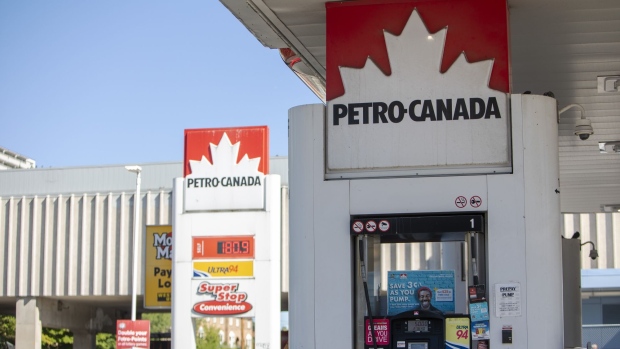 A Petro-Canada gas station in Toronto, Ontario, Canada, on Friday, July, 29, 2022. A strategic review led by activist investor Elliott Management may lead to a sale of Suncor's retail segment. , Bloomberg

Suncor said Tuesday in a statement it will work on improving the unit, which one analyst had said could bring after-tax proceeds of almost C$9 billion ($6.7 billion) in a sale. That process will include “continued optimization of the Petro-Canada retail sites across the network,” it said.

After evaluating the retail network, the company determined that it wouldn’t have fetched the premium that the company wanted, Kristopher Smith, interim chief executive, said in investor presentation. Also, the retail network will help keep the company’s downstream business more profitable as gasoline demand declines in the coming years.

In a “demand decline environment, there is risk margins will migrate to the retail end of value chain,” he said.

The chain holds about 18% of Canadian fuel retail sales. “Petro-Canada is a unique, differentiated, and strategic asset due to its strong national network and best in market consumer brand and loyalty program,” Chair Mike Wilson said in a statement.

Suncor has been making changes ever since Elliott went public in April with its campaign to overhaul management, refresh its board and improve performance. The investment firm, founded by Paul Singer, has been critical in particular of Suncor’s safety record following a series of deadly incidents that contributed to lost crude output and weak returns compared with other Canadian oil sands companies.

In July, Suncor reached an agreement with Elliott in which the oil company’s board would appoint three new independent directors, two of whom would serve on a committee searching for a new chief executive officer. A new committee was also formed to oversee a review of Suncor’s downstream retail business. The agreement includes the right for Elliott to nominate an additional director if “certain performance criteria” are not met by year-end.

CEO Mark Little departed the company in July after a worker was killed at a mine in northern Alberta, and the company is looking for a permanent chief executive. It’s taken steps to address safety, including implementing plans to cut its contractor workforce by 20% in mining and upgrading sites. Suncor has also agreed to sell oil and gas assets in the UK and Norway and its renewable energy portfolio.