Prime Minister Justin Trudeau weighed in Wednesday on the protests over a B.C. pipeline project that have disrupted rail traffic across the country, saying while the federal government respects the right to peaceful protest, the rule of law must be respected.

The comments in the Senegalese capital of Dakar, where Trudeau is wrapping up a visit to Africa, followed the cancellation of passenger rail service on key routes even as protesters prepared for police to move in on their camps.

Protesters have erected blockades across several rail lines in solidarity with those opposed to the Coastal GasLink pipeline project that crosses the traditional territory of the Wet'suwet'en First Nation in northwestern British Columbia.

The blockades followed the RCMP enforcing a court injunction last week against Wet'suwet'en hereditary chiefs and their supporters, who have been blocking construction of the pipeline, a key part of the $40-billion LNG Canada liquefied-natural-gas export project.

“We recognize the important democratic right - and will always defend it - of peaceful protest,” Trudeau said during a news conference with Senegal's President Macky Sall. “But we are also a country of the rule of law, and we need to make sure those laws are respected.”

Trudeau added that he planned to speak to federal cabinet ministers about the issue later in the day, even as he encouraged all sides to come together in “dialogue to resolve this as quickly as possible.” 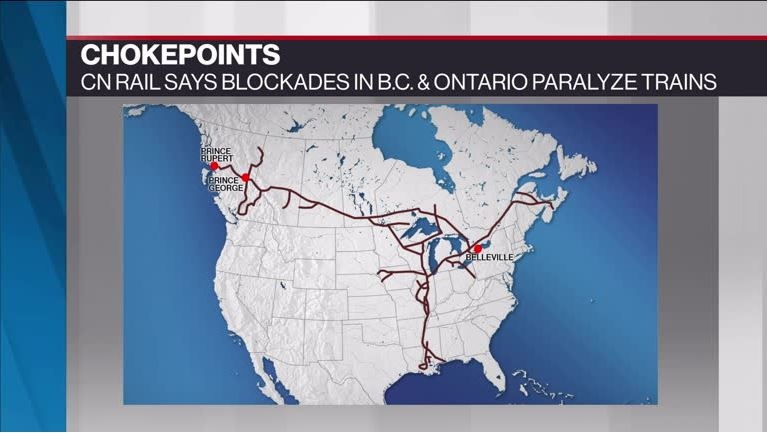 Even before Trudeau's comments, the economic impact of the demonstrations had started to crystallize: Canadian National Railway Co. warned Tuesday that it would have to close “significant” parts of its network unless blockades on its rail lines were removed.

More than 150 freight trains have been idled since the blockades were set up last Thursday in British Columbia and Ontario.

Passenger rail services have also been affected in Ontario, Quebec and B.C., with Via Rail cancelling service on its Montreal-Toronto and Ottawa-Toronto routes until at least the end of the day this Thursday because of a blockade near Belleville, Ont.

Chief executive JJ Ruest said the CN network gives the company limited parking space for its trains, which means traffic is backed up from Halifax to Windsor, Ont., and in parts of B.C. approaching Prince Rupert.

Via Rail said 157 passenger trains have been cancelled, affecting 24,500 travellers.

In addition to the service cancellations in Ontario, Via says a blockade near New Hazelton, B.C., also means normal rail service is being interrupted between Prince Rupert and Prince George.

Transport Minister Marc Garneau said he is working with his Ontario counterpart Caroline Mulroney to find a solution to the blockade in that province.

Ruest said CN Rail had to temporarily discontinue service in its key corridors because of the blockades.

“The impact is also being felt beyond Canada's borders and is harming the country's reputation as a stable and viable supply chain partner,” he said in a statement.

The Canadian Chamber of Commerce called on all levels of government and police to work together to bring an immediate end to the blockades and to restore all rail service.

"From propane to grain and food and consumer items, Canada's supply chains are being severely damaged by the continuing interruptions to Canada's rail services by protesters," the chamber said on Twitter.

"The rail system affects the entire Canadian economy and Canadians everywhere, including people trying to get to and from work. They must be allowed to continue to serve the thousands of businesses that depend on them."

In Victoria on Tuesday, demonstrators also disrupted the business of the B.C. legislature as Lt.-Gov. Janet Austin delivered the NDP government's throne speech.

Protesters, who have been camping outside the building since Friday, chanted “Shame” as politicians tried to enter the building with help from security guards.

The RCMP said Tuesday that a temporary exclusion zone in the area was removed and everyone was free to enter the area. The police force is maintaining an office on a forest service road at the centre of the dispute to continue patrols.

“The right to peaceful, safe and lawful protest, and freedom of expression, are important parts of Canada's democracy,” the Mounties said in a statement. “However, blocking roadways is both dangerous and illegal.”

The Canadian Manufacturers and Exporters Association, whose members typically load about 4,500 rail cars a day, urged government officials to work with police to restore service on the tracks.

“In Canada there's not really other alternatives to move stuff around. The highways and trucks - especially in Quebec and southern Ontario - are already at a very, very high utilization of available capacity,” association president Dennis Darby said in an interview.

Stakeholders from chemical companies to Dannon Yogurt called this week to raise concerns, he said.

“They can't get their stuff out.” 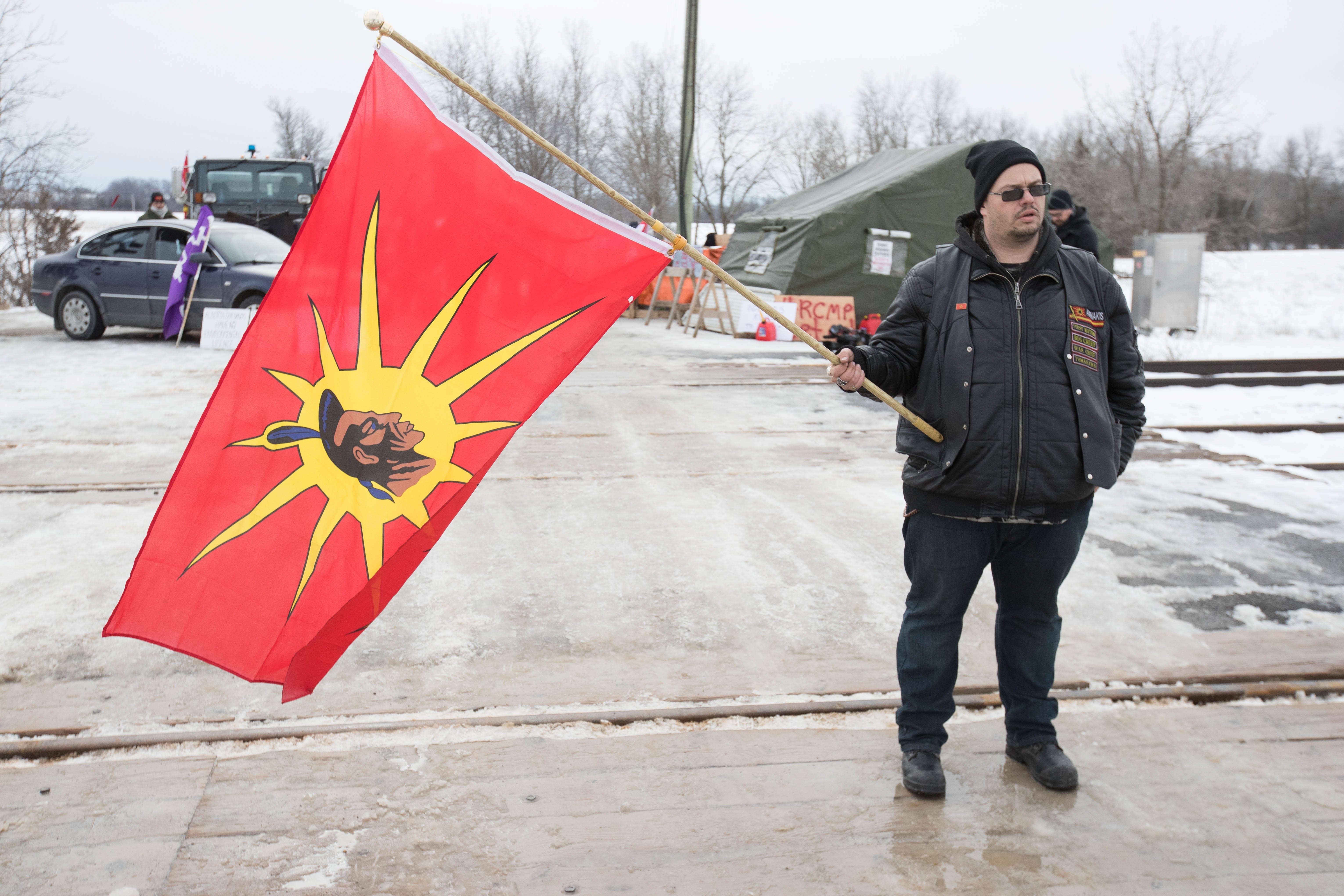 Are you concerned about the economic impact from blockades affecting rail traffic?