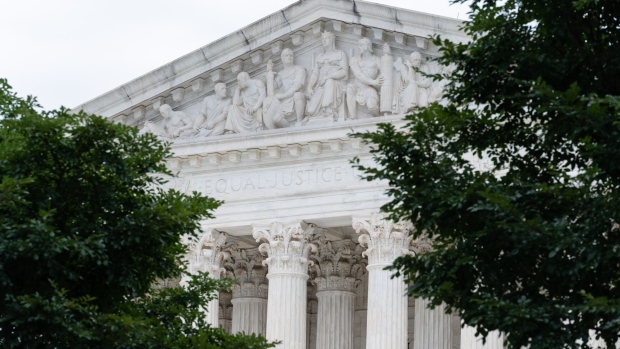 The US Supreme Court in Washington, D.C., US, on Tuesday, June 21, 2022. The court is scheduled to rule on Roe v. Wade, which established the constitutional right to abortion in 1973, by the end of its term in late June following a leaked draft opinion suggesting the court is poised to overturn the landmark ruling. Photographer: Eric Lee/Bloomberg , Bloomberg

(Bloomberg) -- As the US Supreme Court issued several decisions on Thursday morning, a popular blog that tracks them appeared to be suffering from heavy traffic, leading to lags or failures in loading for some users.