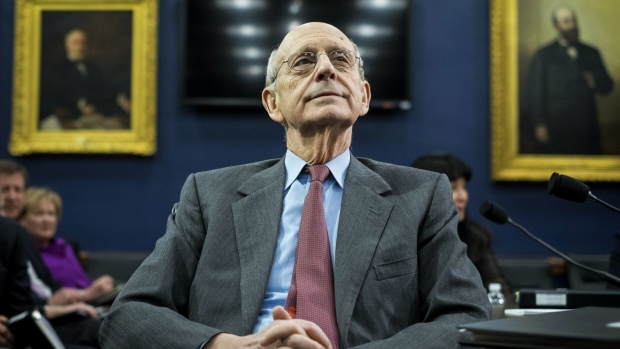 (Bloomberg) -- Supreme Court Justice Stephen Breyer began the dissent to the ruling voiding New York’s law restricting permits for carrying handguns in public with a long discussion of rising gun violence in the US. Breyer wrote that Justice Samuel Alito, who backed the ruling, questioned the need for him to do so, and he responded:

“I believe the [Second] Amendment allows States to take account of the serious problems posed by gun violence that I have just described. I fear that the Court’s interpretation ignores these significant dangers and leaves States without the ability to address them.”

“Because I cannot agree with the Court’s decision to strike New York’s law down without allowing for discovery or the development of any evidentiary record, without considering the State’s compelling interest in preventing gun violence and protecting the safety of its citizens, and without considering the potentially deadly consequences of its decision, I respectfully dissent.”

For more on US Supreme Court Rules on Concealed Weapons, click here for our TOPLive blog.