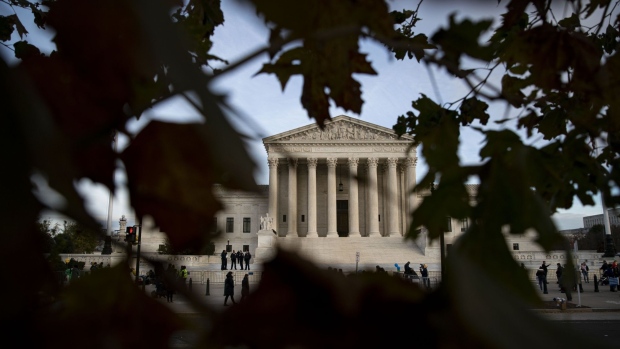 (Bloomberg) -- A U.S. Supreme Court that has consistently favored religious rights is poised to consider buttressing the rights of parents to use public dollars to pay tuition at faith-based schools.

The justices on Wednesday will scrutinize a Maine program that covers the cost of private education in parts of the state that don’t have public schools. The program bars use of the funds at schools that promote religion.

The case gives school-choice advocates a chance to reinforce a line of Supreme Court rulings that have backed voucher programs and, to at least some degree, required states to include religious schools.

The families say the Maine policy violates the Constitution’s free exercise clause because it forces them to choose between a public benefit and their religious rights.

“In the 19th century, Maine’s public schools expelled students for adhering to their faith,” the families argued in court papers. “Today the state denies benefits to students if they attend private schools that align with their faith. The times are different, but the result is the same: denial of educational opportunity through religious discrimination.”

Under the program, areas that lack their own public schools can contract with nearby institutions to send students there or instead can pay tuition at a public or approved private school chosen by the parents. State policy requires the private schools to be nonsectarian, meaning they don’t teach through the lens of a particular faith.

School funding cases tend to divide the court along ideological lines. The court in 2020 voted 5-4 to reinstate a Montana scholarship program used primarily to send children to religious schools. In 2002, a 5-4 court ruled that voucher programs don’t violate the constitutional separation of church and state even if most of the money goes to religious schools.

Maine says its program is distinct from those the court reviewed in previous cases. The state says its system is a means of providing a public education in sparsely populated areas, not an effort to subsidize private schooling.

“Nonsectarian private schools are eligible because the education they provide is consistent with a public education,” the state argued. “Sectarian schools, on the other hand, provide something entirely different -- religious instruction.”

Of the state’s 180,000 school-age children, about 4,500 attend private schools chosen by the parents. That number represents the vast majority at 11 schools known colloquially as “town academies.”

Maine says it and Vermont are the only states that use private schools in place of public schools, rather than as an alternative under a school-choice program.

A federal appeals court said the Maine program was constitutional because it excludes schools based on the material they teach, rather than on their status as religious institutions. Although the Supreme Court has relied on that so-called use/status distinction in past cases, religious-rights advocates say it lacks any constitutional basis and should be discarded.

The program is being challenged by David and Amy Carson, who say they are entitled to tuition assistance for sending their daughter to Bangor Christian School, and Troy and Angela Nelson, who say they haven’t been able to afford to send their children to Temple Academy, another religious school.

The court’s conservatives have also backed religious rights in other contexts, including challenges by houses of worship to state capacity restrictions during the Covid-19 pandemic.