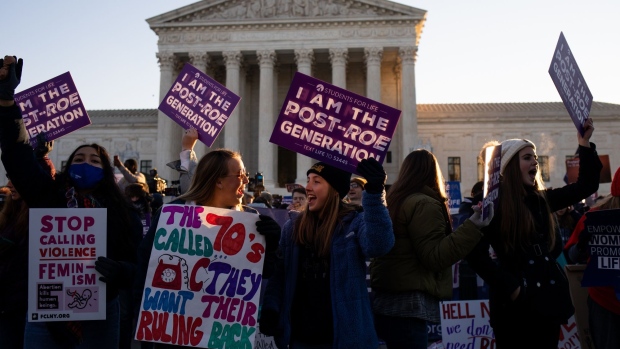 (Bloomberg) -- The U.S. Supreme Court’s conservatives suggested they are poised to slash abortion rights and uphold Mississippi’s ban on the procedure after 15 weeks of pregnancy, as the court tackled its most consequential reproductive-rights case in a generation.

In an argument that lasted almost two hours, all six conservative justices indicated they would let states start banning abortion far earlier than the court’s precedents have previously allowed. Under a 1992 ruling, states can’t impose significant obstacles before fetal viability, which the court suggested was around 23 or 24 weeks at the time.

“If it really is an issue about choice, why is 15 weeks not enough time?” Chief Justice John Roberts asked.