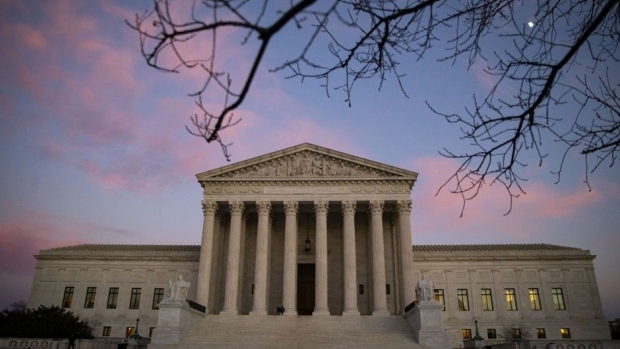 (Bloomberg) -- The US Supreme Court hinted at support for a Colorado website designer who says she has a constitutional right to create websites only for opposite-sex weddings in a high-stakes clash that pits equality against free speech.

Hearing arguments for more than two hours in Washington Monday, the court’s conservatives suggested they would carve out what some of them characterized as a narrow exemption from anti-discrimination laws for businesses that engage in expressive activities.

Several conservatives focused on designer Lorie Smith’s stated intention to create customized wedding sites, rather than just templates that couples could use to fill in their own content. “Those are two different things analytically in our law,” Justice Neil Gorsuch said.

Smith, who is seeking to expand her business to wedding websites, says her religious beliefs preclude her from creating pages for same-sex marriages, as Colorado law would require. The justices are considering only her free-speech arguments, not her religious-rights claims.

Colorado is one of about two dozen states that bar discrimination on the basis of sexual orientation by businesses that serve the general public.

The case could resolve issues the court ducked in 2018 when it considered the Colorado law in a clash over a baker who refused to make cakes for gay weddings. The court sided with the baker on narrow grounds while sidestepping larger questions about whether and when business owners can turn away customers.

In Monday’s session, liberal Justices Sonia Sotomayor and Ketanji Brown Jackson expressed concern that Smith’s argument would open the door to discrimination on the basis of race or disability.

Jackson asked Smith’s lawyer, Kristen Waggoner, whether a shopping-mall photography business could sell images of children in  “classic” Santa Claus scenes and insist it could produce the photos only with White children.

“Why isn’t your argument that they should be able to do that?” Jackson asked. “And maybe it is.”

Waggoner said Jackson’s hypothetical photograph lacked the “clarity of the message” that a same-sex wedding site would offer. But she added, “There are difficult lines to draw and that may be an edge case.”

“In light of what Justice Kennedy wrote in Obergefell about honorable people who object to same sex marriage, do you think it’s fair to equate opposition to same-sex marriage with opposition to interracial marriage?” Alito asked Colorado Solicitor General Eric Olson.

Olson said the two situations were similar “in how the law applies.”

(Updates with excerpts from arguments starting in third paragraph.)