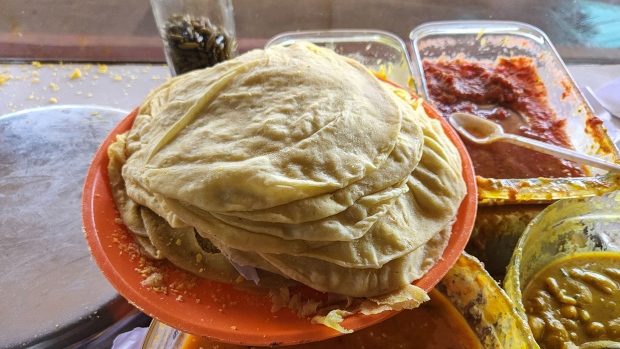 (Bloomberg) -- Mauritians who’ve had to contend with surging prices of gasoline and rice, now also have to fork out more for their favorite street food.

The price of dholl puri, a yellow-colored flatbread stuffed with boiled split peas, which comes with two vegetable curries and optional green chillies, increased 20% last month. That’s as the cost of key ingredients such as cooking oil have soared since Russia’s invasion of Ukraine and resultant export bans, and extreme weather throttled supplies and the Indian Ocean island nation removed a subsidy on the product.

The cost of a liter of edible sunflower doubled to more than 120 rupees ($2.60) from a year earlier, adding to the higher prices of pulses and vegetables, said Sanjit Unuth, who for four decades has sold the meal in Rose-Hill, south of Port Louis. “We had to increase dholl puri prices for the first time in eight years,” he said.

The higher costs of the street food that’s eaten as a quick breakfast before heading to work, bought as lunch or as a light meal on the way home in the evenings fed into annual inflation that accelerated to 11% in July. To try curb price pressures in coming months, State Trading Corp., a government trading arm, started selling edible oil at 75 rupees per liter on Friday, rationed at two liters per person.