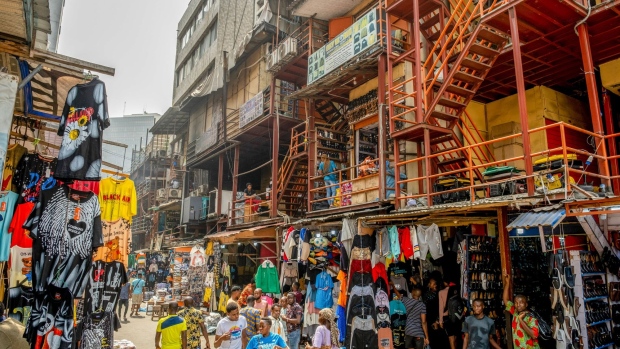 Consumer prices rose 15.6% in December from a year earlier, compared with 15.4% in the previous month, Statistician-General Simon Harry told reporters Monday in Abuja, the capital. None of the nine economists in a Bloomberg survey expected the acceleration. The central bank at its November monetary policy committee meeting had forecast inflation would continue to slow.

The headline number has exceeded the 9% top of the central bank’s target band since June 2015. The uptick is unlikely to prompt the central bank to hike interest rates, said Razia Khan, head of research for Africa and the Middle East at Standard Chartered Plc.

The data is unlikely to have “much influence on the CBN decision, where the big picture -- weak economy, high inflation -- remains the same,” she said.

Gross domestic product in Africa’s biggest economy grew 4% in the third quarter, compared with 5% in the second quarter. The monetary policy committee will announce its decision on Jan. 25.

Governor Godwin Emefiele said at the November MPC meeting that he supports pro-growth measures, and favors price stability conducive to an economic recovery.

A Bloomberg survey of 12 economists projects that monetary policy makers will start raising interest rates from the second quarter, compared with a previous expectation for it to start in the prior three months.

Inflation averaged 17% in 2021, compared with the Finance Ministry’s revised forecast of 15%, the data showed.

Food price growth quickened to 17.4%, compared with 17.2% a month prior and core inflation, which excludes farm produce, remained unchanged at 13.9% from November. Prices jumped 1.8% in the month.