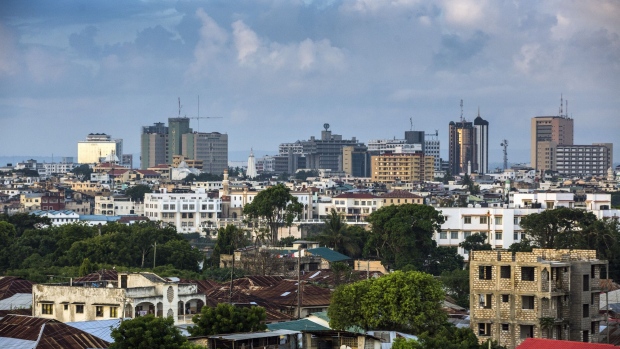 Residential and commercial buildings stand on the skyline in Mombasa, Kenya, on Thursday, Nov. 23, 2017. The country’s Treasury has already cut this year’s growth target to 5 percent from 5.9 percent as the protracted election furor damped investment and a drought curbed farm output. , Bloomberg

To contact the reporter on this story: David Malingha in Nairobi at dmalingha@bloomberg.net

To contact the editors responsible for this story: John McCorry at jmccorry@bloomberg.net, David Malingha, Siraj Datoo