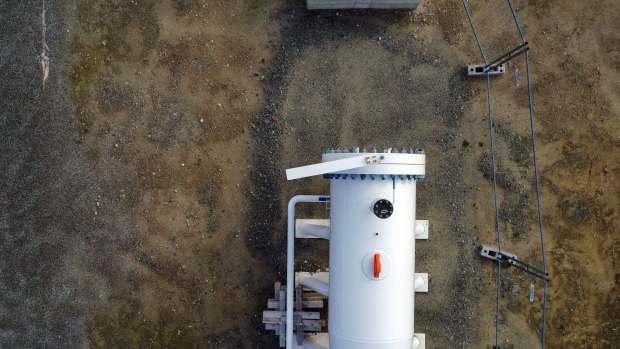 Gas pipework at the Nord Stream 2 landing facility on the Baltic Sea coastline in Lubmin, Germany, on Wednesday, Nov. 5, 2020. Chancellor Angela Merkel’s district on the Baltic coast was the site of the last major Soviet military project in communist East Germany and is now at the center of a deepening rift between Cold War allies. Photograph: Alex Kraus/Bloomberg , Bloomberg

(Bloomberg) -- Two powerful underwater explosions were detected on Monday in the same area of sea as the gas leaks in the Nord Stream pipeline system, according to the Swedish National Seismic Network.

“It’s clear that there has been some kind of explosions, and the coordinates match the leaks,” Peter Schmidt, a seismologist who works with the group, said by phone. “We can see from how sharp the signals are that there has been a major release of energy over a fairly short period of time.”

In response to the leaks in the Baltic Sea, Sweden’s government has reportedly convened a crisis management meeting with other public authorities to discuss the damage to the Nord Stream pipeline system.

The registered explosions were first reported by state broadcaster SVT.