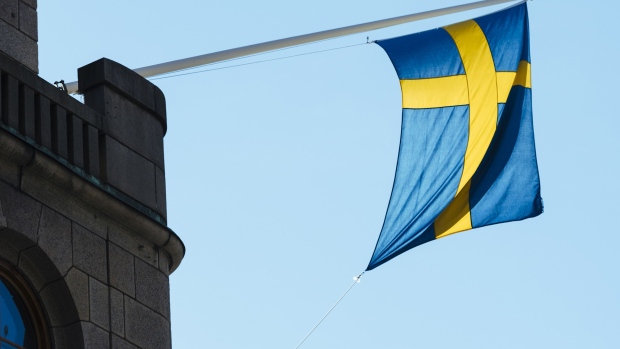 A national flag of Sweden hangs from a commercial building in Stockholm, Sweden. , Photographer: Mikael Sjoberg/Bloomberg

“He has used a factual error,” the minister said in an interview on broadcaster TV4 on Wednesday. Her comments follow Trump’s remarks a day earlier when he told reporters that Sweden is trying to achieve “herd immunity” and “is suffering greatly” from not doing enough. 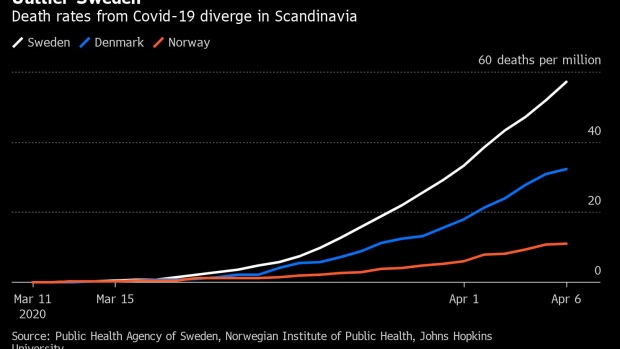 The Nordic country is under intense scrutiny as it continues to experiment with a laxer policy response to the virus despite an accelerating death toll. Restaurants, shopping centers and primary schools all remain open in Scandinavia’s biggest economy.

“Some countries seem to think that we aren’t doing anything, but we’re doing a lot of things that suit Sweden,” Linde said.

President Trump’s comments have also drawn the ire of Sweden’s top epidemiologist. “If you compare the situation to New York, where I have a relative working, things here are working well,” Anders Tegnell said in an interview with state broadcaster SVT.

Meanwhile Sweden’s prime minister Stefan Lofven has said he sees no reason to respond to Trump, according to Swedish newspaper Expressen. “I have spoken lately to about 10 heads of state and I note that we are all following the same lead strategy,” Lofven said.