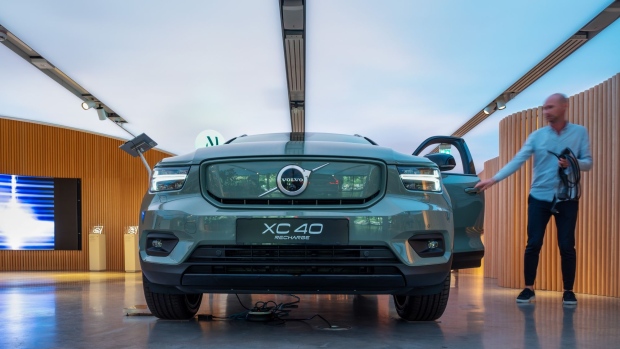 As may as 122 companies raised about $14 billion via initial public offerings in Stockholm this year, the most ever. That’s second only to the U.K.’s $22 billion haul, according to data compiled by Bloomberg.

It’s a remarkable turnaround for a market that was nowhere near the top last year, with only $2.7 billion in proceeds. Sweden has hosted a variety of listings ranging from Volvo Car AB, which raised $2.3 billion in one of Europe’s largest public offerings this year, to animal healthcare company Vimian Group AB and investment firm Storskogen Group AB.

Sweden’s climb to the top comes amid a global listings boom, fueled by elevated valuations and resilient stock indexes. The benchmark OMX Stockholm 30 index has rallied 25% in 2021, putting it among Europe’s top performers this year.

Sweden’s vibrant tech, renewable-energy and life-sciences startup scene has also been a source of IPOs. About 60% of new listings on OMX Stockholm were from the consumer, tech and healthcare sectors this year, according to data provided by Nasdaq.

The “stars aligned” for Stockholm this year, said Joakim Bornold, a savings adviser at Soderberg & Partners, while striking a more cautious tone for 2022. “A lot of companies which went public aren’t well funded and will need to issue new shares,” he said. “Will the market be able to swallow the need for financing that exists among some of these small firms?”

The glut of deals this year has made investors more selective, with rising market challenges from supply-chain snags to higher inflation making portfolio managers more risk-averse. And like many smaller markets, Sweden has seen some of its most promising startups look abroad. Oat-milk maker Oatly AB listed in the U.S. this year, following in the footsteps of music streaming company Spotify Technology SA.

The big question is if Europe’s most valuable unicorn, the fintech giant Klarna, will follow suit or choose its home base.