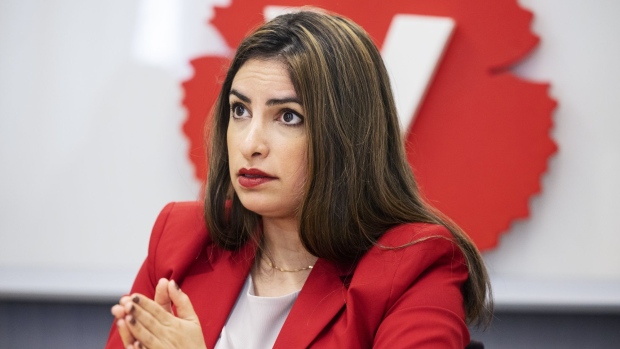 (Bloomberg) -- Sweden’s left-wing opposition threatens to launch a challenge to Prime Minister Stefan Lofven’s government if it goes ahead with proposals to deregulate the country’s rental housing market.

The Left Party would withdraw support for Lofven if his minority government doesn’t drop plans to allow landlords to charge market rates for new rental apartments within 48 hours, its leader Nooshi Dadgostar said on Tuesday.

For any challenge to be successful, her party needs backing from the largest opposition party, the Moderates, and the conservative Christian Democrats. While eager to depose Lofven, those parties have so far been reluctant to support the Left Party’s push against deregulation.

Dadgostar said she expects that with a concrete threat against the prime minister, that position may change.

“We have promised not to allow market rents to be introduced and to not let Swedish tenants down,” Dadgostar said at a news conference. “We can’t support the government if it pushes through proposals to deregulate rents.”

The move comes as reforms of Sweden’s housing market have reemerged at the political agenda following accelerating house-price increases during the pandemic. A long-standing shortage of housing has increased pressure on the government to implement reforms to increase supply.

The proposal to liberalize rent-setting for new-built apartments is based on an agreement between the government and two centrist parties forged after the 2018 elections. They have drawn the ire of the Left Party, which wants to protect Sweden’s system of rent regulation that’s based on collective negotiations between tenants’ organizations and landlords.

With only 15 months to go before Sweden’s next general elections, the Left Party is facing a balancing act by issuing an ultimatum to topple the government as the political landscape is shifting.

In recent months, a loose alliance of right wing parties, including the far-right Sweden Democrats, has taken shape, and recent opinion polls show that constellation could rival the Social Democrats and its backers.