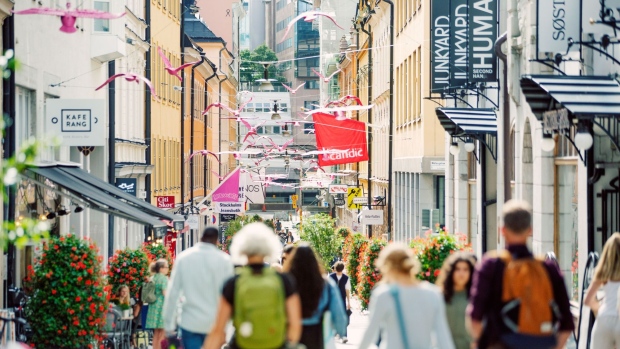 Pedestrians walk down a shopping street in Stockholm, on Aug 6. , Erika Gerdemark/Bloomberg

Sweden reported no new deaths from COVID-19 on Friday, according to the National Health Agency.

Instead, the daily total was revised down by three to 5,763, while the number of new cases increased to 82,323. The reason for the downward revision was a result of “a region adjusting its numbers,” a health agency spokesperson said by telephone.

The architect of Sweden’s light-touch pandemic response, Anders Tegnell, has described recent trends in his country as “very positive” as the rates of fatalities and newly infected increasingly stabilize.

However, the Nordic nation is seeing “an increasing share of cases in the age group 20-29 years,” Tegnell told reporters in Stockholm on Thursday, “and that’s a bad sign.”

“Many see themselves as immortal in this age group,” Tegnell said, adding “there is absolutely a risk of spreading from that group to others.