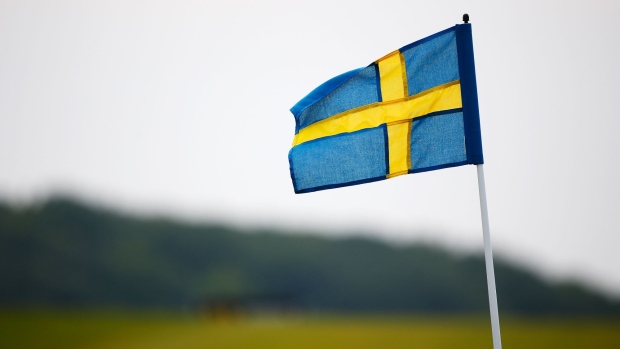 (Bloomberg) -- Sweden sought to calm tensions in its NATO accession process after Turkey threatened to block its entry to the defense alliance and Finland hinted that a permanent obstacle might cause it to consider joining alone.

“We want to advocate for calmness in the process, so that we can return to functioning talks between Sweden, Finland and Turkey regarding our mutual NATO membership,” Prime Minister Ulf Kristersson told a news conference in Stockholm on Tuesday.

Turkey and Hungary are the only two of the 30 members of the North Atlantic Treaty Organization who have yet to ratify the application. On Monday, Turkish President Recep Tayyip Erdogan ruled out supporting Sweden’s bid after a far-right activist burned Islam’s holy book in Stockholm. In response to his comments, US officials reiterated their support for NATO’s expansion.

Earlier on Tuesday, Finland for the first time floated the prospect that it might decouple its NATO bid from Sweden’s, before softening the stance to say a joint path is still possible. In addition, tripartite meetings with Sweden and Finland over their bid to join NATO were canceled indefinitely upon request by Turkey, according to Haberturk TV.

“The timetable that is most important right now is to lower the tone, to be able to respect different positions, to be able to talk to each other about big and decisive issues, and to be able to do it in a way that also makes the dialog with other countries, in this case Turkey and Finland, meaningful and possible,” Kristersson said.

Talks “are not cancelled, I want to emphasize that, we are postponing the talks, but it is our very firm view that they should be resumed as soon as possible,” Kristersson said. “This incredibly heated atmosphere both in Sweden and internationally is bad for Swedish security,” Kristersson said.

Erdogan’s comments injected new levels of doubt about Sweden’s prospects of joining the alliance, since the Turkish leader didn’t make clear whether he’s willing to change his stance. With an election slated for May, Erdogan is aiming to burnish his support from religious conservatives.

Turkey was incensed by Danish far-right activist Rasmus Paludan setting fire to a copy of the Koran near the Turkish embassy in central Stockholm on Saturday.

“There are forces both within Sweden and outside who wish to hinder Sweden’s membership in NATO,” Kristersson said. “It’s against that background we need to see the provocateurs who wish to worsen Sweden’s relations with other countries which can lead to a delay in joining NATO.”

--With assistance from Veronica Ek and Niclas Rolander.