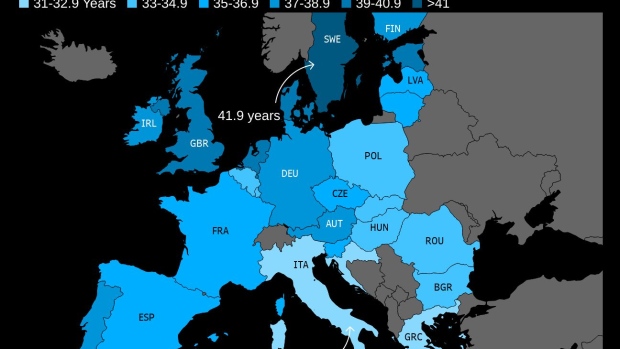 (Bloomberg) -- It’s harder up north. Swedish 15-year-olds face the longest time in the workforce in the European Union, an average of 41.9 years, according to Eurostat, followed closely by the Dutch. Italians get by with a working life that’s about 10 years shorter and both extremes are surpassed by nearby countries that don’t belong to the bloc: Iceland’s teenagers can look forward to working more than 46 years, while in Turkey the figure is about 29 years.

To contact the reporter on this story: Sheldon Reback in London at sreback@bloomberg.net

To contact the editors responsible for this story: Sophie Caronello at scaronello@bloomberg.net, Eric Coleman