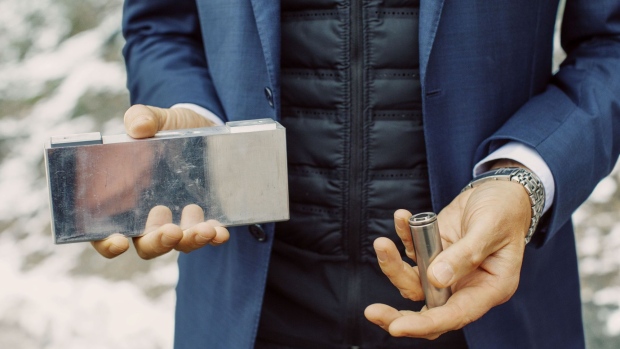 Swedish battery-cell maker Northvolt AB raised US$600 million in a private placement that brought in more big names such as the CEO of Spotify Technology SA to help it grab a share of the market for powering electric cars.

The funds will help Northvolt expand its production and R&D activities as it gears up to start churning out cells next year. The company, founded by former executives from Tesla Inc., is at the front of the European Union’s effort to build a domestic supply chain for electric vehicles as the region restricts the sale of gasoline and diesel cars.

“We are in the middle of a race to establish manufacturing capacity in Europe,” Northvolt Chief Executive Officer Peter Carlsson said in the statement. “With these world-class partners behind us. We have created a solid foundation to go on and execute our plans to enable large-scale manufacturing of green batteries in Europe.”

Northvolt is currently building one factory in Skelleftea, Sweden, and one in Salzgitter, Germany. The issue was led by Baillie Gifford, one of Tesla’s biggest shareholders; Goldman Sachs’ Merchant Banking Division and Volkswagen AG.

Carlsson, who was in charge of Tesla’s supply chain until he founded Northvolt in 2015, aims to grab a 25 per cent share of the European battery market, establishing 150 gigawatt-hours of manufacturing capacity in Europe by 2030.

The fresh funding will also be used to establish a lithium-ion battery recycling facility next to the Northvolt Ett gigafactory in Skelleftea. According to Northvolt, that facility will be the world’s largest, with an initial capacity to make 4 gigawatt-hours of batteries. It aims to get half its raw material from recycled batteries, a process that also will get funding from the latest infusion of cash.