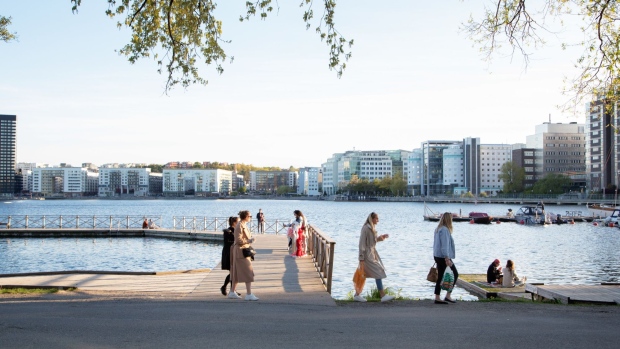 A group of people socialize on a jetty on the water's edge at Tantolunden in Stockholm, Sweden, on Friday, May 22, 2020 , Loulou D'Aki/Bloomberg

The rate of COVID-19 infections is declining in Sweden, which health authorities said is thanks to citizens voluntarily adhering to social distancing guidelines.

Johan Carlson, the director general of Sweden’s public health agency, said the latest official data show that overall contagion rates are “trending down” and the “number of patients in intensive care is also declining.”

Speaking at a briefing in Stockholm on Tuesday, Carlson said that the decline in infection rates “is an effect of us keeping up the social distancing.”

The development follows months of controversy over Sweden’s decision to avoid a proper lockdown, and instead rely on its citizens to follow distancing guidelines. But the country’s mortality rate remains well above levels in the rest of Scandinavia, with more than 10 times as many COVID-19 deaths as in neighboring Norway, per 100,000.

Anders Tegnell, Sweden’s state epidemiologist, has maintained that his strategy will prove more sustainable in the long run than the sudden lockdowns and reopenings adopted elsewhere. That’s as some places, such as Beijing, that had appeared to bring the virus under control recently saw fresh outbreaks.

“Part of the reason for Sweden’s less stringent approach was the view that restrictions would need to be in place for some time, and there were doubts about whether society would be compliant with stricter measures over a long period,” said Johanna Jeansson of Bloomberg Economics. 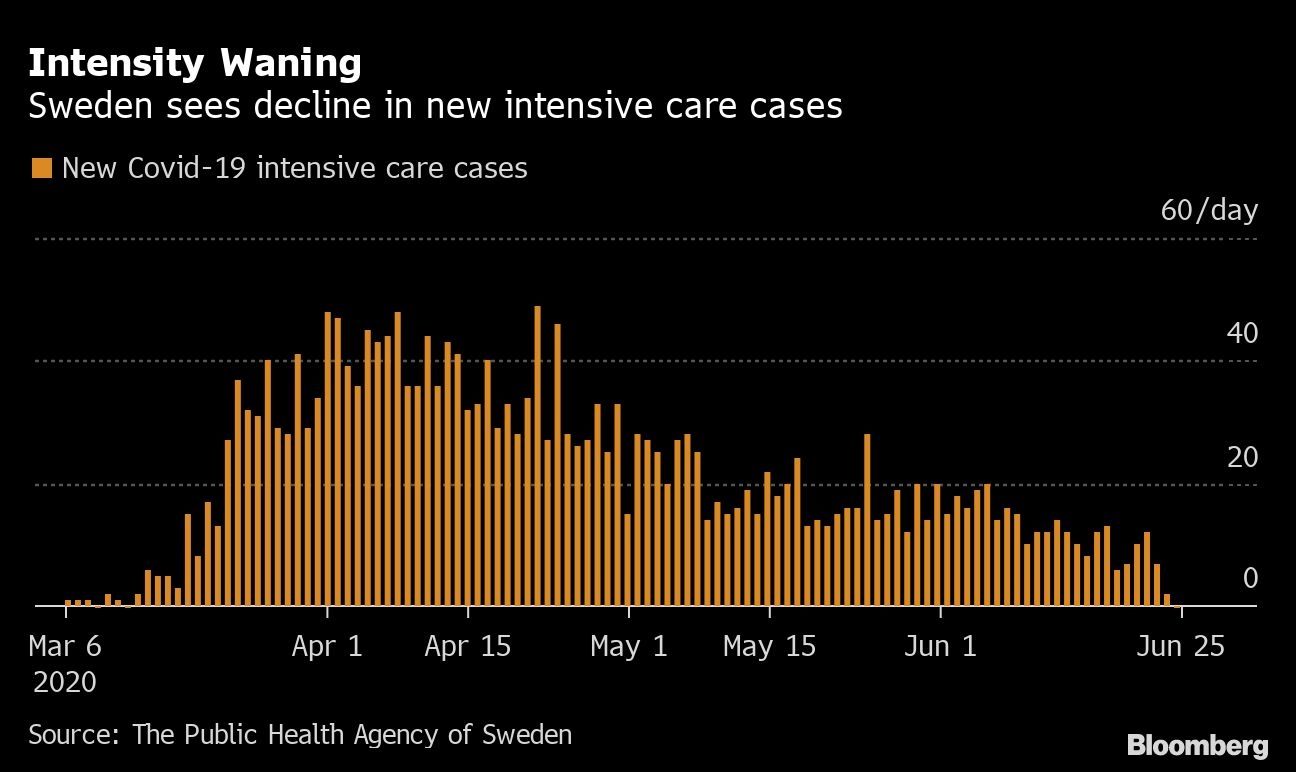 Sweden’s overall response to the virus has potentially left more people exposed to it, raising questions about herd immunity. But the data have so far been mixed. In a study published in June, the Public Health Agency found that antibodies were only found in 6.1 per cent of the samples collected nationwide in the week ending May 24.

An earlier analysis of 50,000 tests by Werlabs AB, a private company, showed that about 14 per cent of people tested over six weeks in the Stockholm region developed COVID-19 antibodies.

Carlson said that “immunity could definitely be playing a part in areas where we’ve had contagion, and that might impact the overall result.”

Ironically, basic social distancing requirements in Sweden are now stricter than in many other countries. That’s because places like Denmark and Norway have rolled back the severe lockdowns they imposed early on to fight COVID-19.

The stringency of Swedish requirements according to the Oxford COVID-19 Government Response Tracker shows the country now places greater restrictions on movement than Norway and Finland.

“Sweden’s approach has been widely misrepresented as doing nothing. It’s not,” said William Hanage, associate professor of epidemiology at Harvard’s School of Public Health in Boston. Though the death rate, especially among the elderly in nursing homes, has been very high, ultimately, “Sweden’s approach may be sustainable in ways other countries’ have not proven to be,” he said.

Jeansson of Bloomberg Economics says Swedes aren’t likely to return to normal life any time soon, amid concerns over the virus.

“Restrictions are likely to keep a lid on demand in Sweden through at least the third quarter,” she said. “After that, we still expect social distancing will hamper activity, probably until there’s a vaccine.”