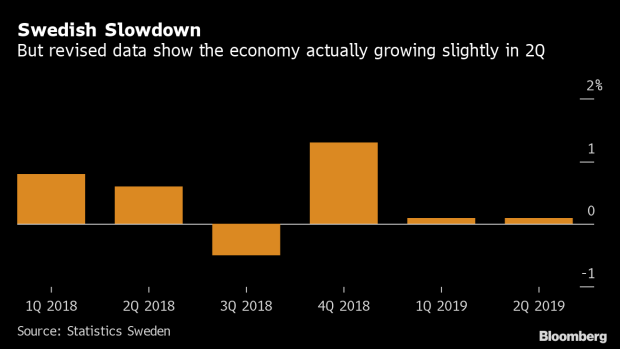 Sweden’s economy didn’t contract after all in the second quarter, revised data show, providing some support to the central bank’s plans to raise interest rates toward the end of the year.

Gross Domestic Product grew 0.1% from the first three months of the year, according to Statistics Sweden. That was revised from a July reading showing a 0.1% contraction. But the annual data for the largest Nordic economy was revised down to 1.0% from 1.4%.

To contact the reporter on this story: Rafaela Lindeberg in Stockholm at rlindeberg@bloomberg.net

To contact the editors responsible for this story: Jonas Bergman at jbergman@bloomberg.net, Nick Rigillo