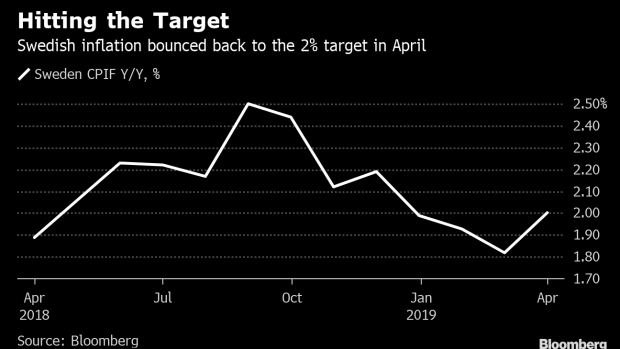 (Bloomberg) -- Swedish inflation was back at the target in April, bringing comfort to the Riksbank as it struggles to bring interest rates back above zero after years of extreme monetary policy.

Consumer prices with a constant interest rate rose an annual 2.0% in April, according to Statistics Sweden. That was in line with the 2.0% predicted in a survey of economists, but just below the 2.1% estimate from the central bank.

To contact the reporter on this story: Amanda Billner in Stockholm at abillner@bloomberg.net

To contact the editor responsible for this story: Jonas Bergman at jbergman@bloomberg.net