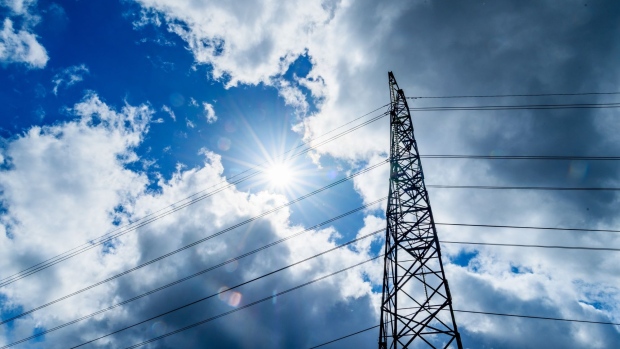 Electrical power lines hang from a transmission pylon in Danderyd, Sweden, on Monday, May 6, 2019. Electricity capacity issues could hit an economy already heading south after years of strong growth buoyed by household spending and exports. , Bloomberg

The Riksbank’s target measure, CPIF, accelerated to 2.8% last month from 2.4% in August, Statistics Sweden said Thursday. The reading was lower than the 3% median forecast in a Bloomberg survey of economists. The Riksbank, which expects price increases to peak next month, also expected inflation just above 3% in September.

The relatively muted increase may be a slight relief to Sweden’s central bank, which has been among the most dovish in the G-10 group of nations with the most traded currencies. While the central bank has indicated that it won’t react to what it views as temporary effects of an energy price surge, any signs that inflation pressure is picking up more broadly may hasten its plans to move away from its expansionary monetary policy.

In September, CPIF excluding energy prices grew by 1.5% on an annual basis, slightly less than expected but up from 1.4% in the previous month.

The central bank has welcomed an upturn in inflation after years of struggling to get price increases up to its 2% target, and still expects to hold its benchmark rate at zero all the way through the third quarter of 2024.

Even as it has started scaling back large-scale asset purchases implemented during the pandemic, the Riksbank plans to keep its balance sheet largely unchanged through 2022 by compensating for bond redemptions.