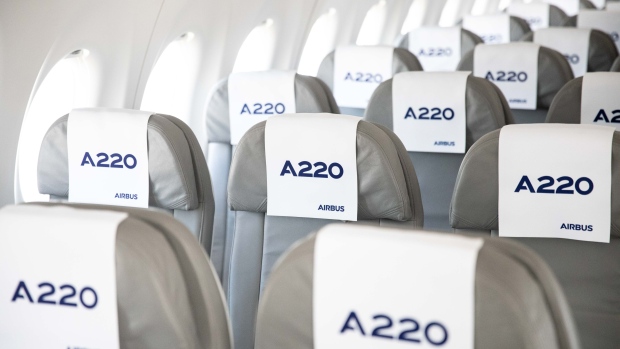 Deutsche Lufthansa AG’s Swiss airline is resuming flights with its fleet of Airbus SE A220 jets after grounding them Tuesday following a “serious” engine problem that forced a London-Geneva service to land in Paris.

The carrier, the world’s biggest operator of the narrow-body aircraft, said it canceled about 100 flights in order to carry out inspections of the Pratt & Whitney engines. Some A220s have returned to the air following successful checks, and full operations are expected to resume on Thursday, Swiss said in a statement. The company canceled 19 flights on Wednesday.

The incident marked yet another headache for the airline, which has 29 of the new planes in its fleet. A July 25 Swiss flight from Geneva to London experienced engine failure after part of the turbine disintegrated over Paris, while one from Zurich to Dusseldorf had to turn around earlier the same month because of a turbine problem.

The engine, known as the geared turbofan, is also powering some of Airbus’s best-selling A320 family jets and has had a series of teething problems, including a 2014 failure when an engine caught fire during testing of the A220.

The jet was known as the Bombardier Inc. C Series until Airbus acquired control of the program from the Montreal-based company last year. 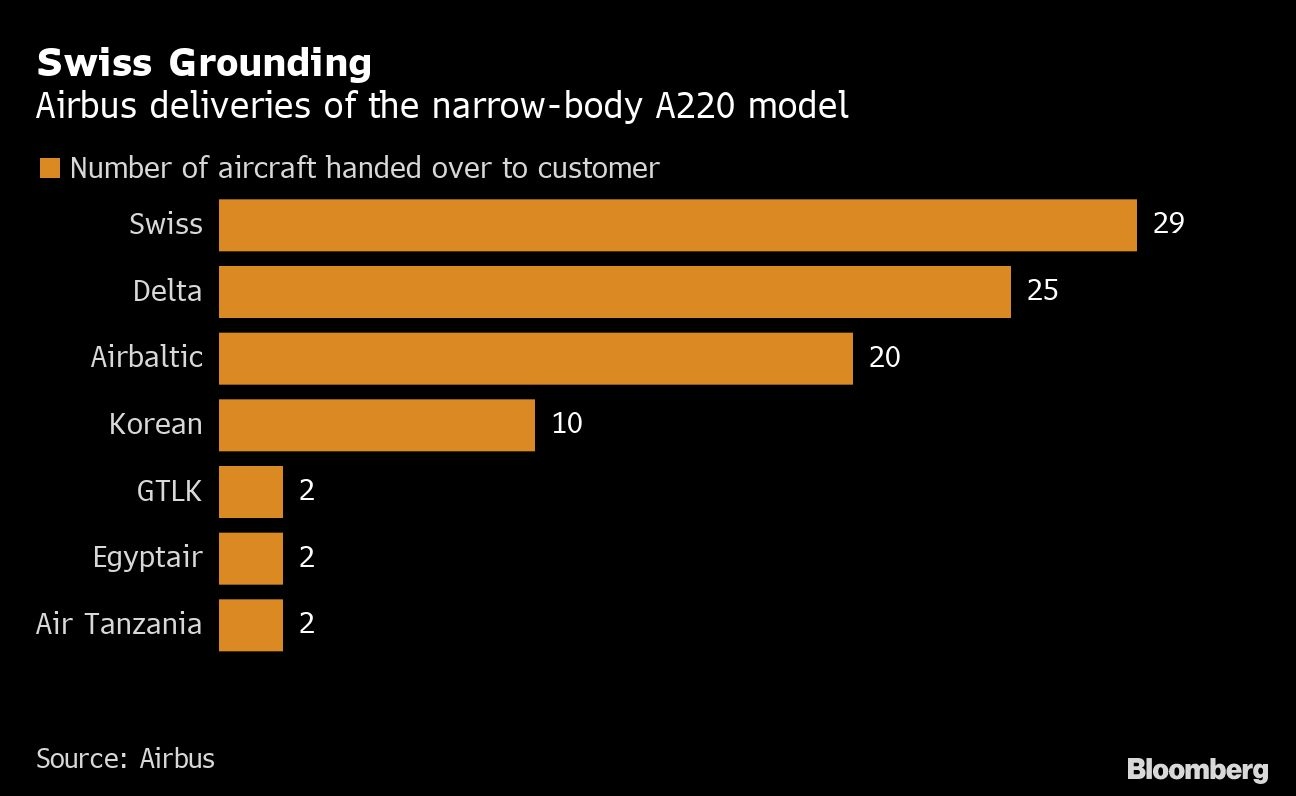 France’s safety authority, the Bureau d’Enquetes et d’Analyses, called the latest event concerning the Pratt engine “serious” and said an investigation has been turned over to the National Transport Safety Board in the U.S.

Swiss said it’s talking with regulators, Pratt and Airbus about the issues.

Pratt, a division of Farmington, Connecticut-based United Technologies Corp., recommended operators conduct additional inspections, though the engines “continue to meet all criteria for continued airworthiness,” it said in a statement.

As of Sept. 30, Airbus had delivered 20 A220-300 models to Swiss, as well as nine of the smaller A220-100 variants, with 90 jets delivered to customers including Air Baltic, Delta Air Lines Inc. and Korean Air Lines Co..

Another variant of Pratt’s geared turbofan that needs to undergo the inspection is used on the Embraer SA E195-E2, the first of which was just delivered last month to Azul and AerCap.

Delta will “always meet or exceed safety, inspection and maintenance recommendations from manufacturers” and regulators, the airline said via email. Air Baltic said it continues to operate its A220 fleet while remaining in close contact with Pratt and Airbus while it performs the necessary inspections.