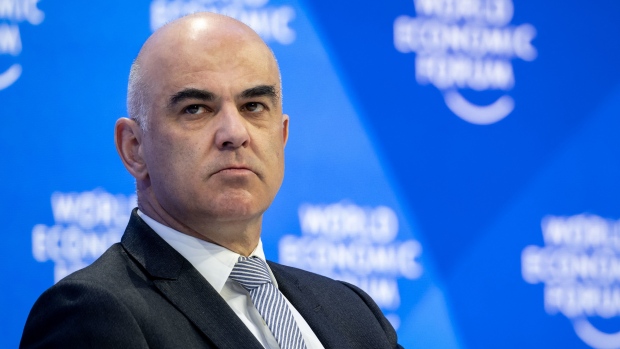 The probe will attempt to “clarify which indiscretions have occurred in connection with the Covid-19 business of the Federal Council, who triggered them and who was the recipient of these indiscretions,” parliamentary audit committee chairman Mattias Michel said at a news conference in the capital Bern on Tuesday.

It will also examine what Berset as health minister at the time and the Swiss Federal Council did to prevent such leaks occurring. The Swiss Attorney General’s office has an “ongoing” criminal investigation into the president’s former aide, according to the committee’s statement.

Newly appointed Berset has survived previous scandals, however this is arguably the most serious yet. One of the most popular Swiss-German broadsheets last week posed the question on some politicians’ minds with an article headlined “Should Alain Berset Resign?”

“Leaks undermine the credibility of the government and run counter to the interests of the country,” Andre Simonazzi, a spokesman for the governing federal council, said at a press conference in Bern on Wednesday. “The Federal Council doesn’t tolerate leaks and strongly condemns them.”

Berset “has said he had no knowledge of these leaks,” Simonazzi continued, and wishes the investigation “be conducted rapidly in the interest of ensuring confidence in government institutions.”

Investigators will be looking into the allegations the former communications chief leaked secrets, or if Berset, who was health minister throughout the pandemic and selected as president just last month, was trying to influence news coverage of the government’s handling of Covid-19.