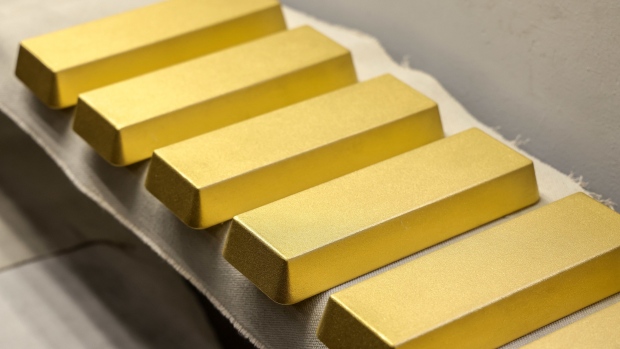 (Bloomberg) -- Gold recorded as originating from Russia arrived in Switzerland from the UK last month, according to the Swiss Federal Customs Administration.

More than 3 tons of gold -- worth about $200 million -- was recorded as being imported from Russia to Switzerland last month, according to customs data. The industry has been abuzz with speculation about the trade, especially after the association of Swiss refiners said its members weren’t responsible.

That metal arrived from the UK, but had a Russian designation of origin, the administration said in a statement Friday. They couldn’t provide any information on the importer of the gold for legal reasons.

Russian gold has become taboo in the west following the country’s invasion of Ukraine, even though market authorities have explicitly said bars minted prior to the war can still trade. Swiss refiners -- which dominate the industry -- can still legally import gold from Russia, according to the customs administration, though most have said they won’t.