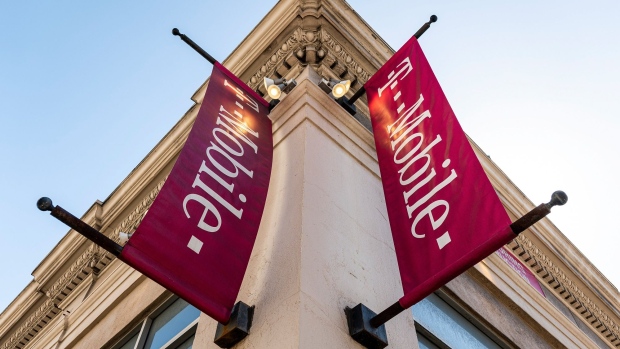 Signage for a T-Mobile store in San Francisco, California, U.S., on Tuesday, March 16, 2021. T-Mobile US Inc. is kicking off a bond sale to help finance the purchase of new high-speed spectrum licenses as carriers roll out the next generation of mobile devices. Photographer: David Paul Morris/Bloomberg , Bloomberg

(Bloomberg) -- T-Mobile US Inc. surpassed Wall Street sales estimates for the second quarter, and raised its forecast for subscriber growth, showing the benefits of the carrier’s lead in 5G capacity over Verizon Communications Inc. and AT&T Inc.