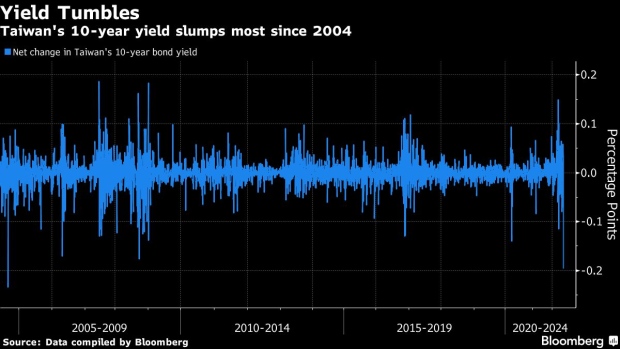 (Bloomberg) -- Taiwan’s benchmark bond yield fell the most in 18 years after the central bank delivered a smaller-than-expected rate hike on Thursday and US Treasury yields declined.

The island’s 10-year bond yield dropped as much as 22 basis points, the most since 2004, to 1.17%. The central bank increased its policy rate by 12.5 basis points to 1.5%, less than the 25 basis-point increase forecast in a Bloomberg survey of economists.

The Federal Reserve raised its key interest rate by 75 basis points on Wednesday, the biggest single increase since 1994.