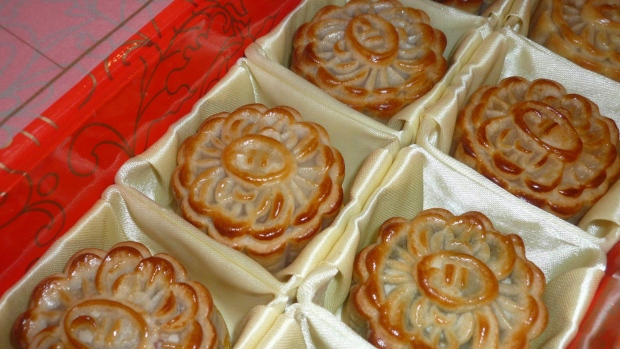 If you’re thinking of bringing moon cakes from China to Taiwan for the traditional Mid-Autumn Festival next week, it could cost you more than US$6,000.

One Taiwanese national travelling from China, which has been hit by an outbreak of African swine fever, was fined NT$200,000 (US$6,400) for bringing in less than a pound of moon cakes without declaring they contained pork, Taipei Customs Administration said in statement on Thursday.

The island’s government has strengthened border checks running up to the holiday on Sept. 13, traditionally celebrated by eating the pastry that is filled with a wide ranging of sweet and savory stuffing, including pork. Taiwan has banned pork products from China where an epidemic of the swine fever has led to the deaths of millions of pigs.

The case bumps moon cake-related violations since Aug. 1 to more than a dozen, according to statistics from Bureau of Animal and Plant Health Inspection and Quarantine under the Council of Agriculture.

More than 850 inbound travellers, mainly from China, faced fines for bringing in pork products from pig disease-affected areas since September last year when the fine was set at NT$15,000, according to statistics from the bureau. The penalty was raised to NT$50,000 on Dec. 14 and NT$200,000 on Dec. 18 in a bid to keep the island free from the threat.