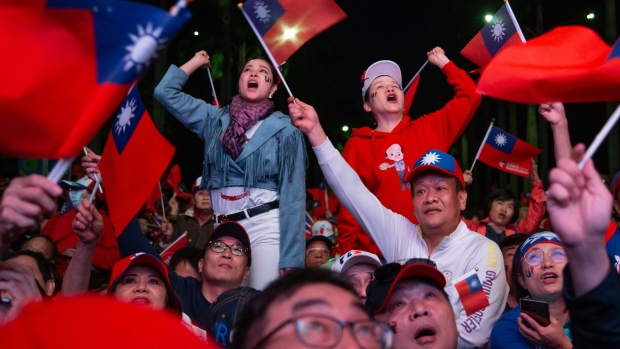 Voters on both sides of Taiwan’s political divide seem to be betting their favoured candidates will win this weekend’s election, with stocks seen as beneficiaries of the rival policies all rising in the last day of trade before tomorrow’s poll.

Taiwan’s Taiex rose 0.5 per cent to the highest close in a week. The Taiex Biotechnology and Medical Care Industry Index ended up 0.8 per cent, among the top performing sectors Friday, as traders bet pharmaceutical companies will continue to benefit from President Tsai Ing-wen’s efforts to boost the industry.

Stocks have risen to the highest level in nearly three decades in the past month, helped in part by the island’s resilience in the face of the U.S.-China trade war. 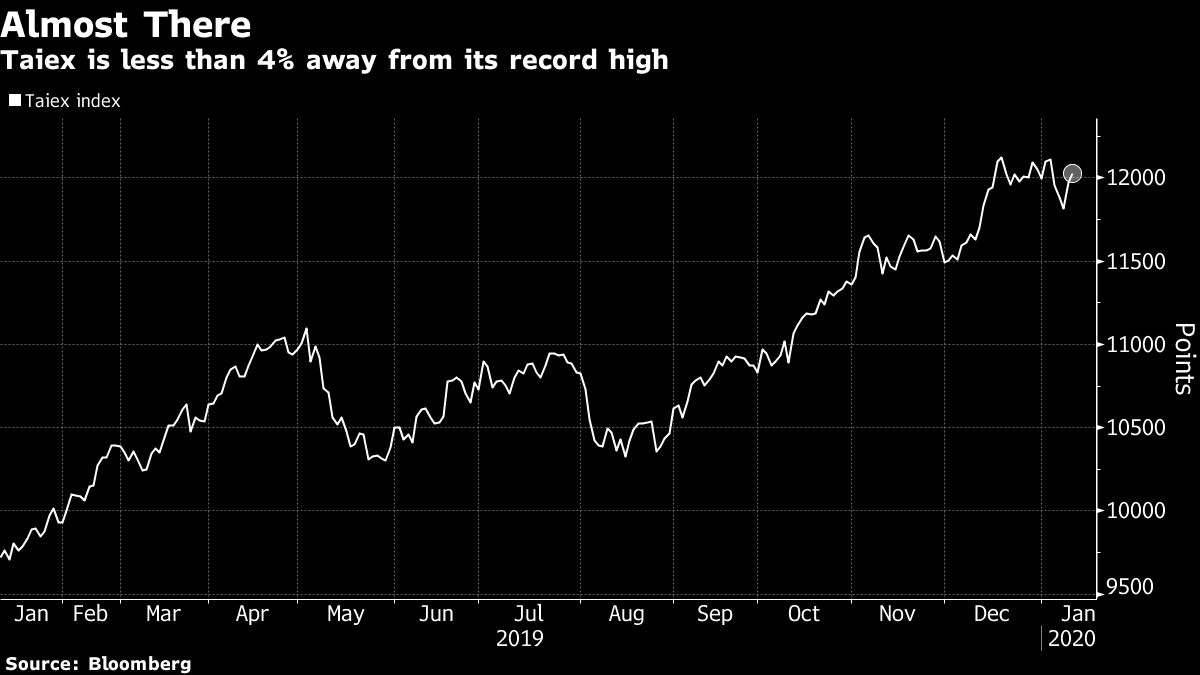 Some investors are also betting closer ties with China would boost Taiwan’s tourism industry, if challenger Han Kuo-yu of the more China-friendly Kuomintang wins. The Taiex Tourism Index rose 0.9 per cent to the highest close since last August.

Stocks related to Kaohsiung city also surged, with Taroko jumping by the 10 per cent daily limit and Hotel Holiday Garden gaining four per cent. Both companies have mall or hotel operations in the southern Taiwan city, where Han is mayor.

“If Tsai wins the election, the market may not move much next Monday as her policies will remain and positives have been mostly reflected,” says Kidd Tu, manager at E Sun Securities. “If Han wins, however, we may see a bigger reaction, especially in tourism stocks or Kaohsiung-concept stocks” as it’s unexpected.